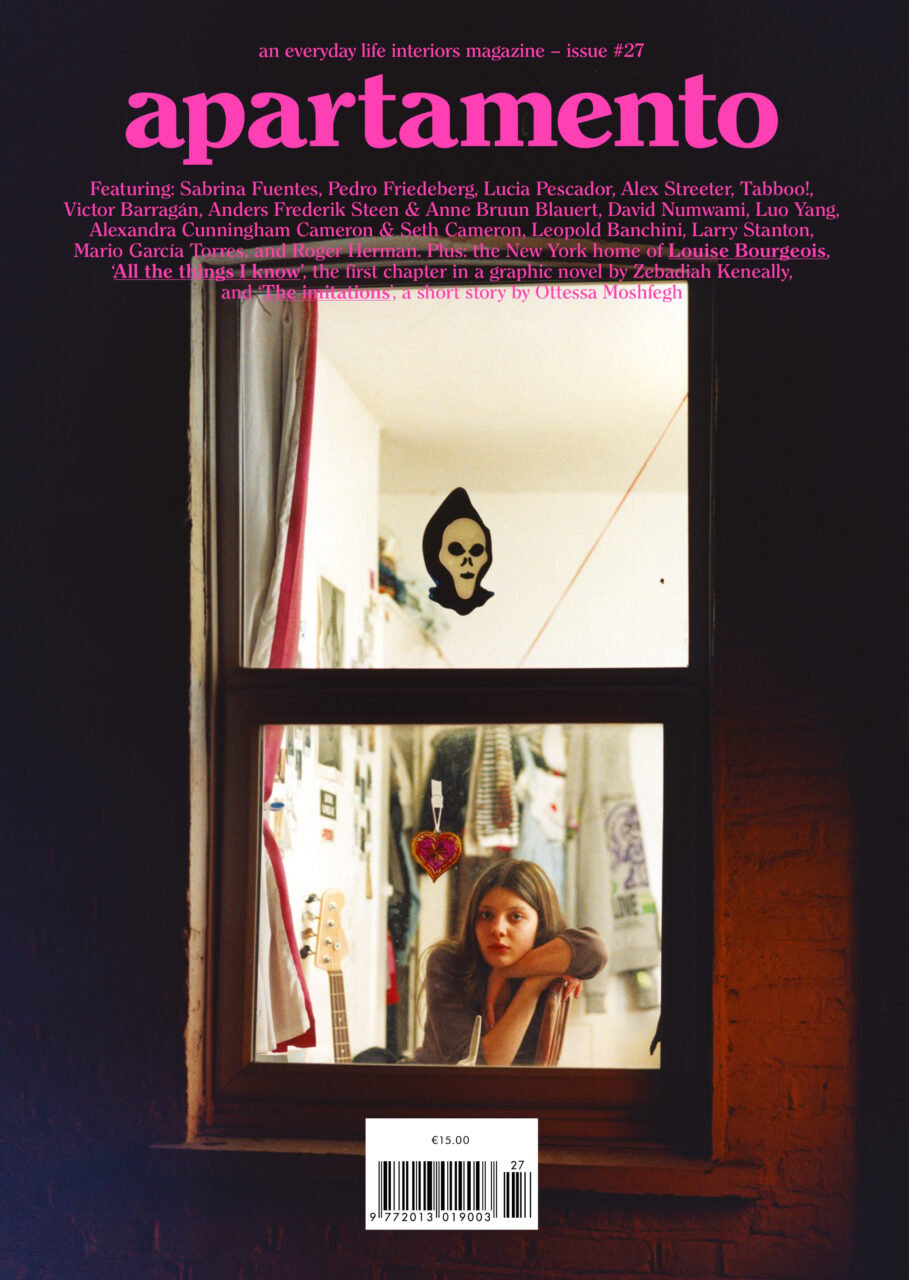 TABBOO! has entered an exciting new stage in a life already jam-packed with excitement. The artist’s formative years were spent in parallel schools of culture: the art world and the drag world. He created a routine in which days were spent making paintings and nights were spent performing, with neither form of expression more important to him than the other. Revered for his impactful presence in nightlife, he came up during New York City’s mega club heyday—the ‘80s and ‘90s—with now mainstream stars Leigh Bowery, RuPaul, and Lady Bunny. True to his moniker, TABBOO!’s stage persona is unexpected, irreverent, and magnetic, sharing more with performance art than contemporary drag. Iconic moments such as the 1993 Wigstock debut of his sexual freedom anthem ‘It’s Natural’ have secured his legendary status, but the last few years have marked a shift in the appreciation of his talents. For decades, drag fame thwarted a welcome reception from an uptight artworld. To say it more directly: gatekeepers wouldn’t take a drag queen seriously as a painter. But the recent collective soul-searching of most cultural institutions—in regard to their poor handling of marginalised people and their histories—has resulted in an overdue correction in TABBOO!’s favour. Finally his work is being fully embraced, leading to the inclusion of his paintings in exhibitions at MoMA, the Jewish Museum, and ICA Boston, among other institutions, and he is currently preparing for a forthcoming double show of cityscape paintings at Karma and Gordon Robichaux (the gallery that represents him), accompanied by the release of two new books.

The godfather of glitter’s fifth-floor one-bedroom walk-up is located on East 5th Street, in the heart of the East Village, where he has resided since he moved to New York. His home/studio has always been a vital organ for the city, pumping out brilliance, joy, and glamour for almost four decades, not only keeping the neighbourhood’s historic, colourful art scene alive but thriving. TABBOO! is that rare artist who fully lives out the bohemian ethos in which their whole life—every waking thought and action—is art. His home serves as an archive of queer East Village culture, painting studio, art storage, and stage set. Stepping through its threshold you become part of his show. All your senses are ignited: ‘70s pop music plays on the record player, the scent of nostalgia and flowers hangs in the air. A huge wall of vintage puppets excites, while large painted canvases—leaning against every surface—inspire. All of this interspersed with intriguing collages comprised of photographs of musicians and politicians, many created by the artists in his squad, contemporaries from the Boston School: Mark Morrisroe, Gail Thacker, David Armstrong, Nan Goldin, and Jack Pierson (his friend and former roommate, who has taken the photographs for this story). The passway from the painting studio into the living room is a makeshift stage, created by a curtain comprised of super saturated green, pink, and aqua fabrics from India. Everywhere you look there are plants, musical instruments, and vintage toys. Lounging on his multicoloured sofa, you feel as if you’re backstage in a Broadway theatre’s green room, eagerly awaiting TABBOO!’s next magically magnificent monologue. 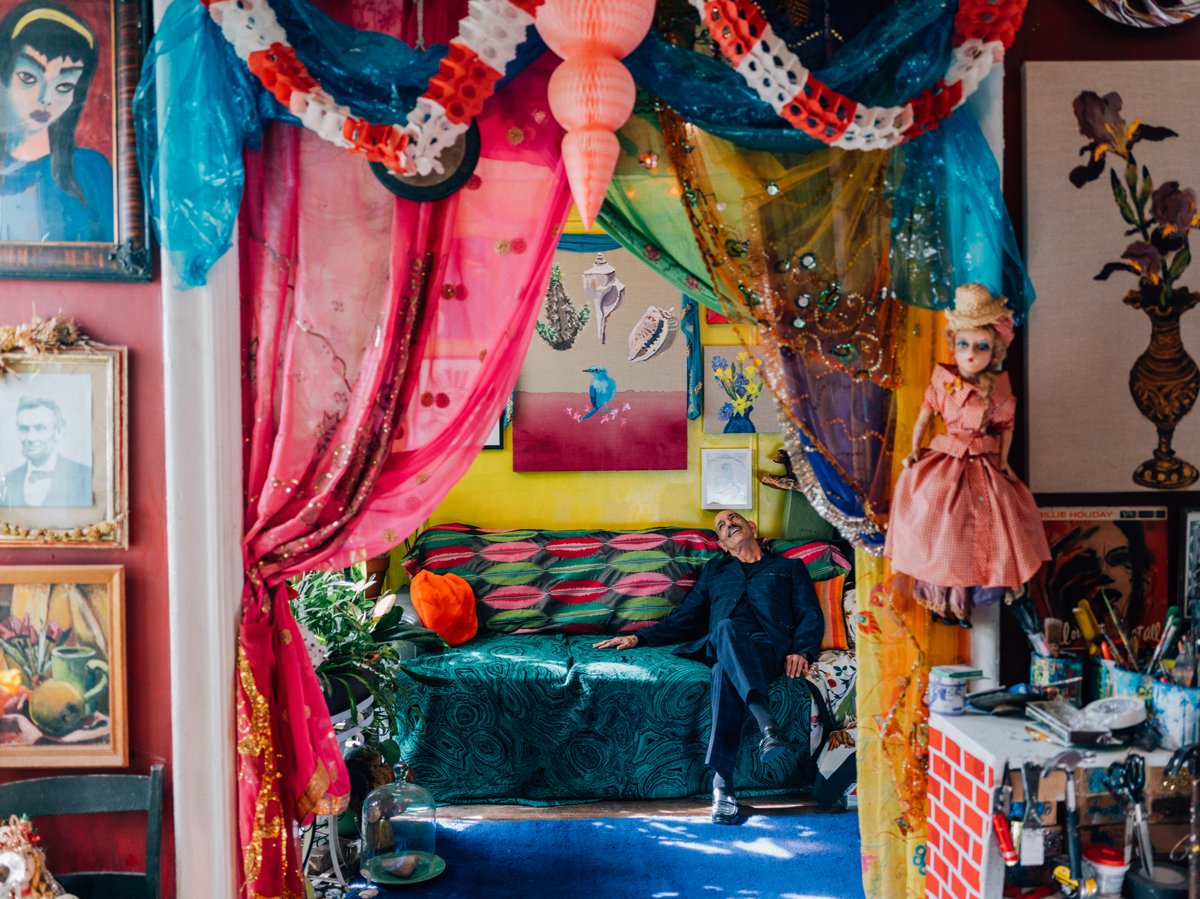