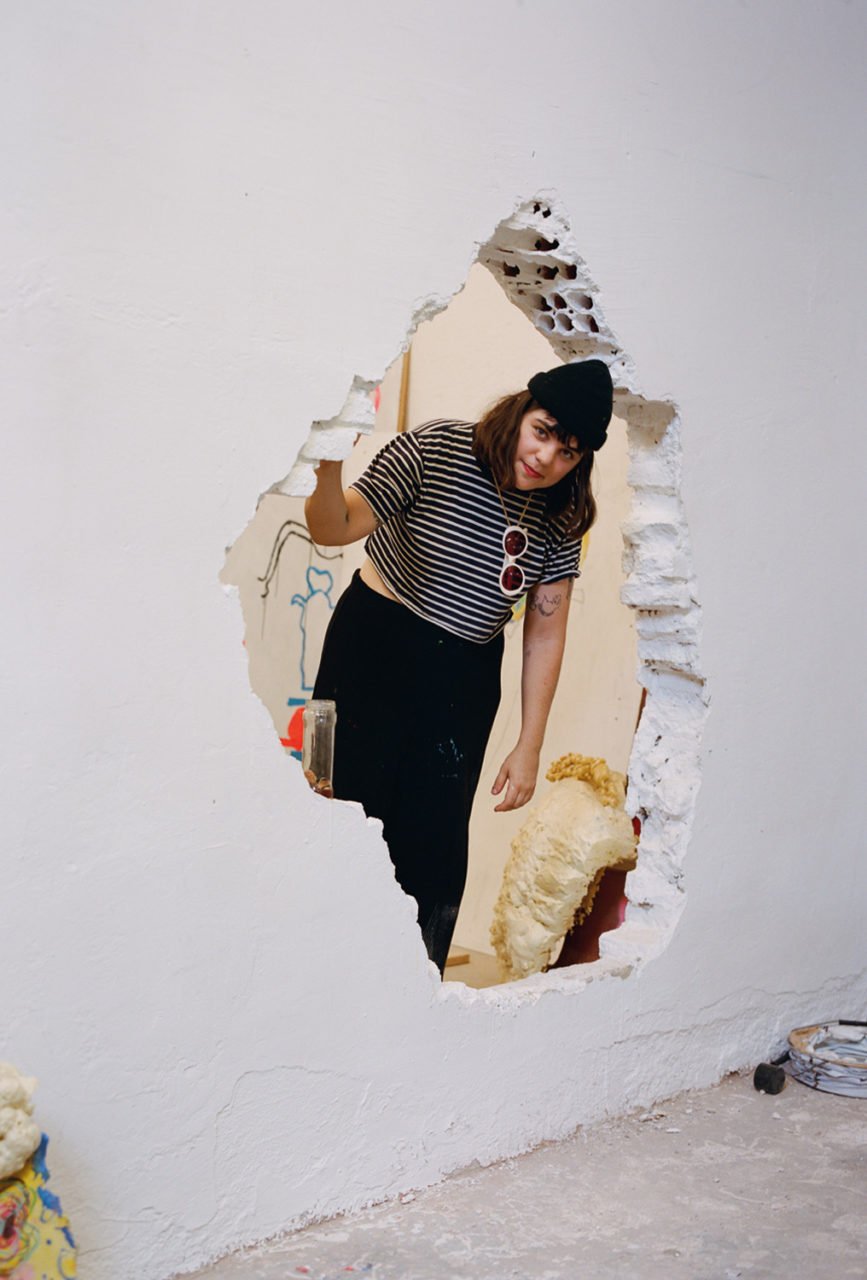 Barcelona: I first met Maria Pratts in an elevator. I had come to visit one of her gazillion flatmates, the photographer Rafa Castells, in the now legendary Gran Via apartment that was shared by many of the artists shaping today’s underground scene in Barcelona. We took the elevator down together, and by the time we’d reached the ground floor, I was totally under her spell. So much so that a month later we began collaborating on what became her first artist book, Atalaia, which I was lucky enough to supervise and publish. We worked on it for a year and a half, a good chunk of time to get to know Maria and her creative process from a privileged position.

I have since followed her career closely, with the proud smile of a mother goose watching her offspring’s first flight. I’ve seen her rise from self-run shows in a grimy basement to the slick white walls of Barcelona’s Museum of Contemporary Art, her work growing bigger in size, depth, and ambition, travelling the world from Los Angeles to Budapest.

After trying so many formats, from neon paintings to gigantic foam sculptures, Maria has made quite a noise in the city by joining forces with local enfant terrible Guillermo Santomà to turn her own studio, an old factory space in suburban Hospitalet de Llobregat, into an architectural extravaganza. I met her on a hot summer day to talk about the flow of life, the many places she’s lived in, the odds and ends of artistic practice, and everything in between. 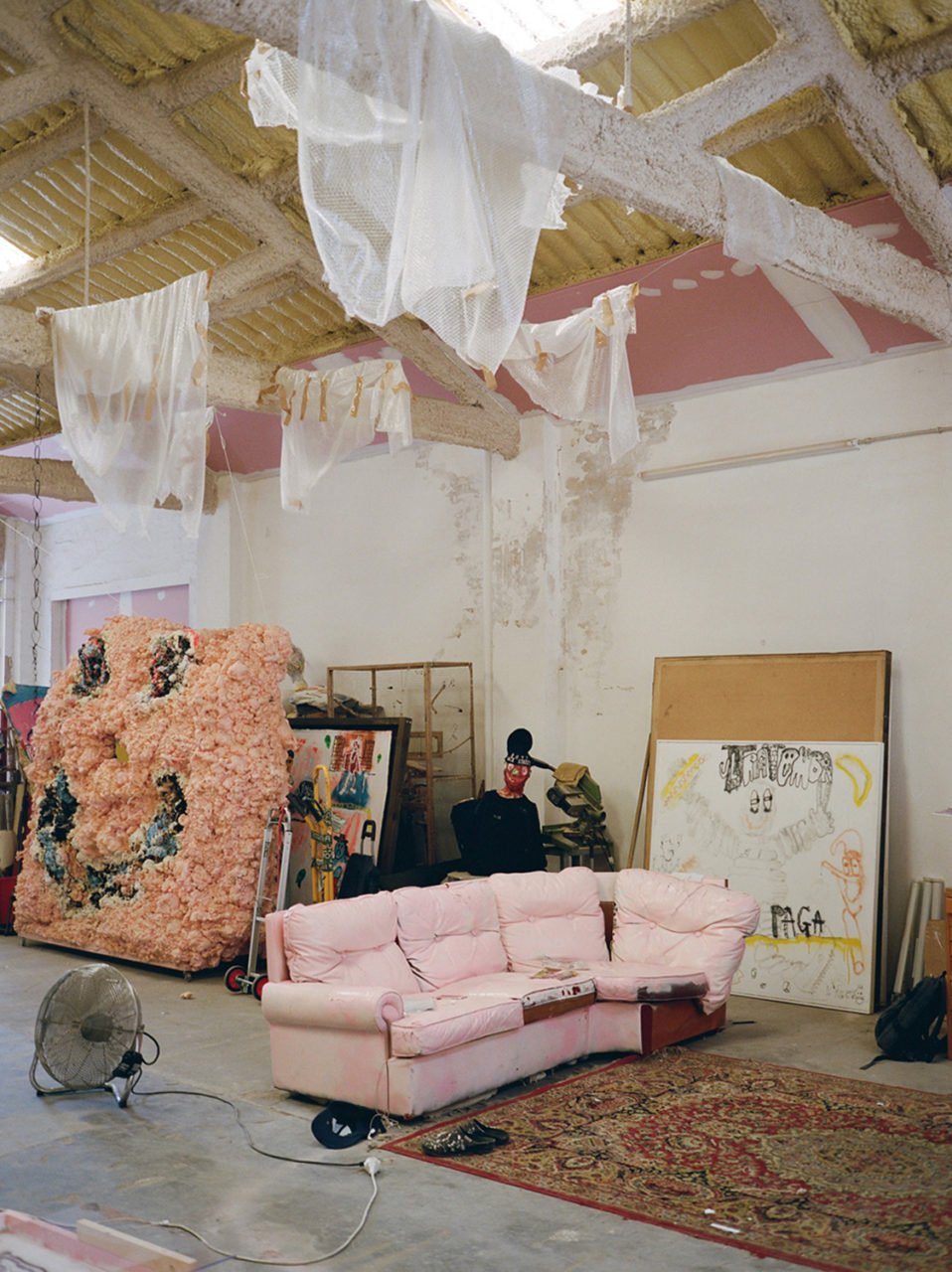 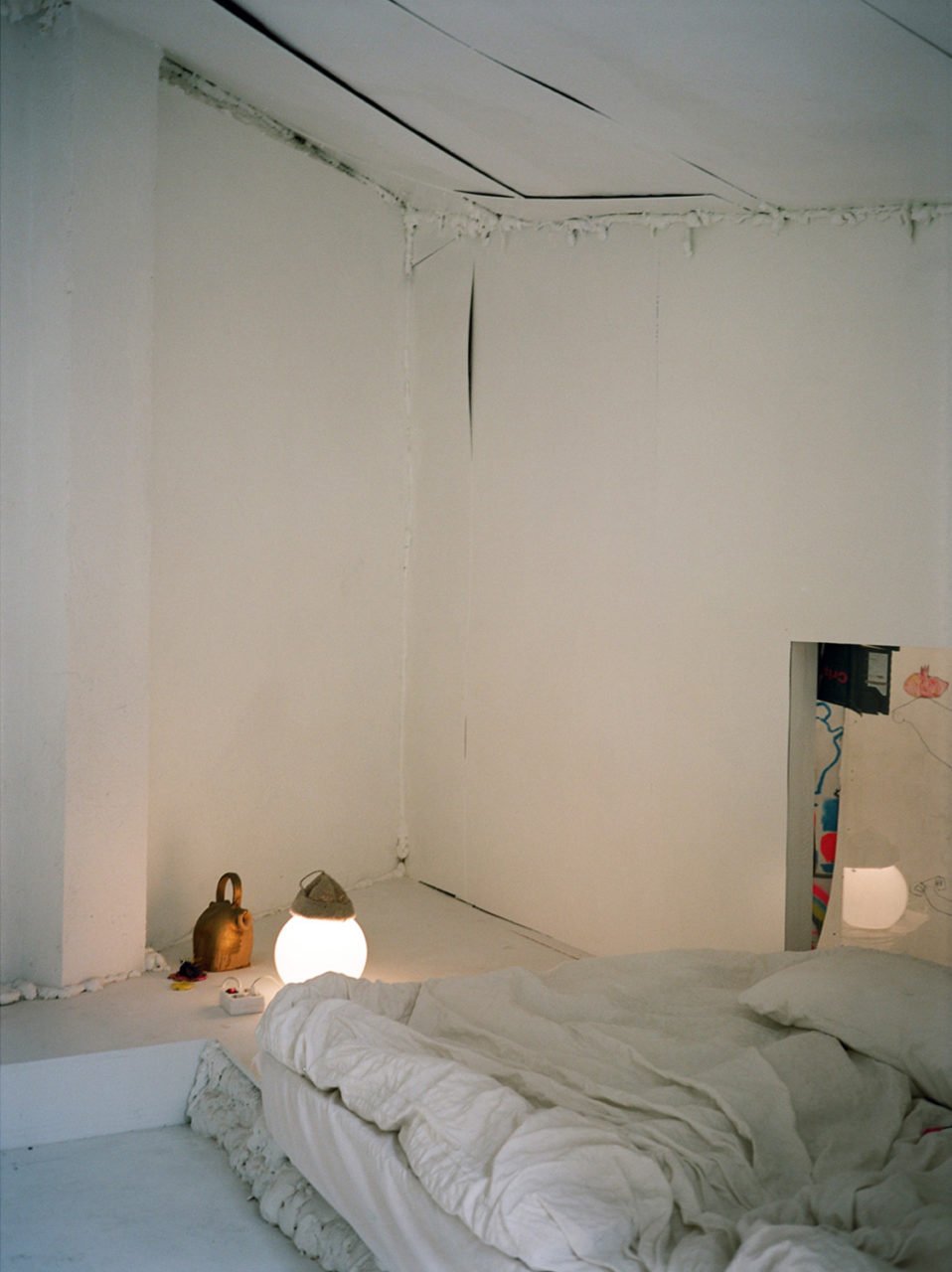 You’re attracted to a rather tough side of reality, like people living on the street, those without resources.

Yes, but I’m quite peaceful inside myself; I’m not a tortured person.

So what is it? Some sort of aesthetic fascination?

Probably, but it’s also very pure. I think in these pockets of people you can find true beauty. But again, I don’t experience it. I don’t sleep on the streets or pick up scrap material for a living. But I think a lot about these holes and margins, and who’s insane and who isn’t. I like to think about that a lot. Isn’t a banker way more crazy than someone living on the street? I like outsider art, art brut. But I’m also very interested in the mind itself, in neurological cases. I’m drawn towards insanity, but maybe because I’m very much at peace myself.

What exactly appeals to you about insanity?

I think the bias, the subjectivity of things. I like finding these special ways of watching the world. There’s this corner by Sants train station, in Barcelona, where there’s a branch of the fast food chain Pans & Company right next to a day-care centre for people who aren’t totally with it—quite intense characters. They mix with the natural outcasts you’d find in any station around the world: the creepy, weird bunch of regulars. That corner amazes me. I love being there just watching them all, listening to their stories. 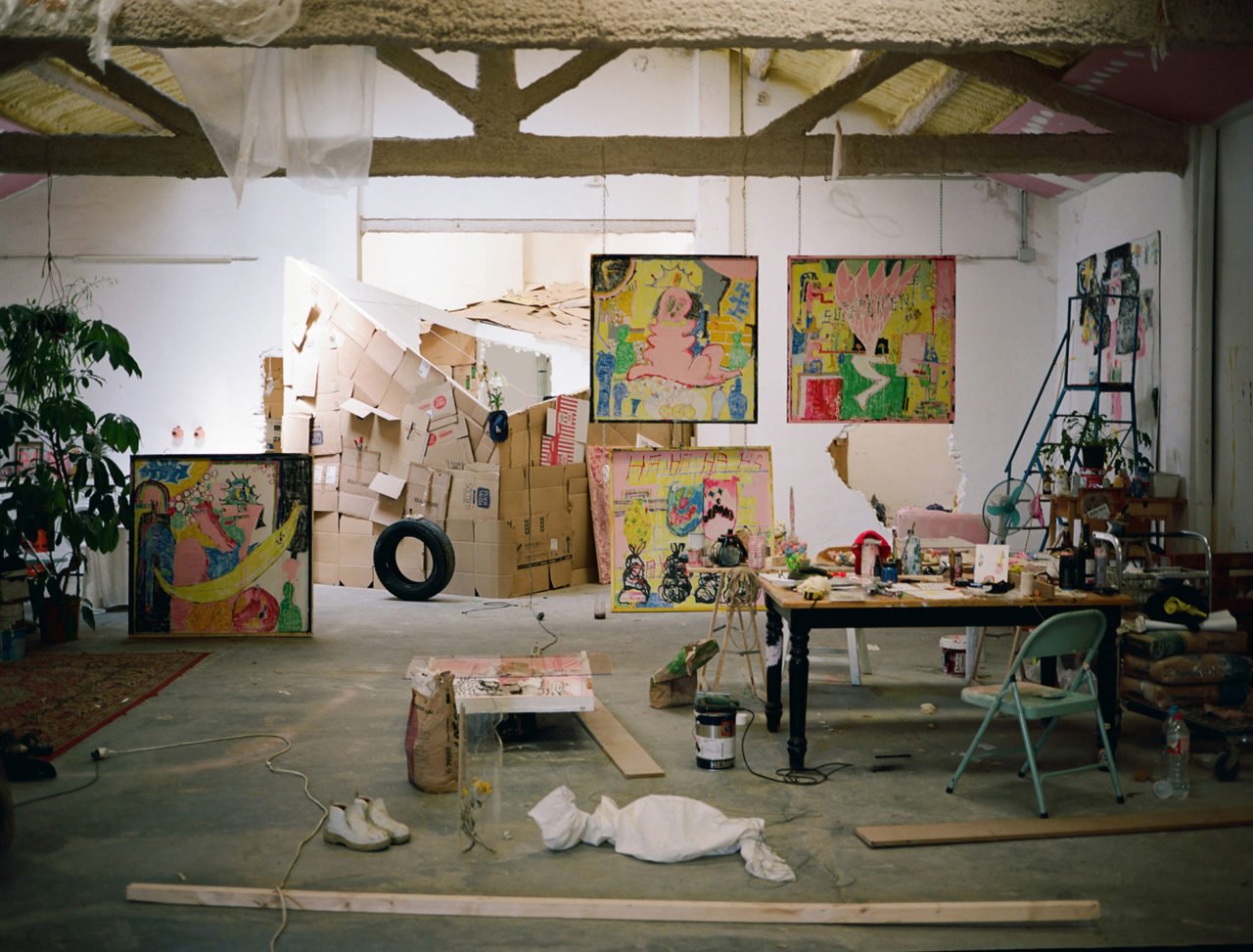 Oh yes, definitely. It’s probably unconscious. There’s something in the air, like solids turning into vapour that you just breathe in. Also, in LA I was really attracted to Skid Row.

Was it close to the gallery?

Not really. I had to walk there, and everyone kept telling me not to. It’s quite crazy there. The first day, I saw this man wearing a tie with a huge knife, almost a sabre, with a thick, shiny blade. He was shaving with it. It was like a scene from a movie. Los Angeles is so extreme, with its Whole Foods and organic smoothies and all that. I can’t stop laughing about it all. So there, for example, I started painting compositions of food and people and security bars and money and the Hollywood sign. I did smileys using the double Os from Hollywood as eyes. One sad and one happy. My cousin who lives there was like, ‘Why do you do the sad one? There’s nothing sad about Hollywood!’ And I was like, ‘How can he not see?’ 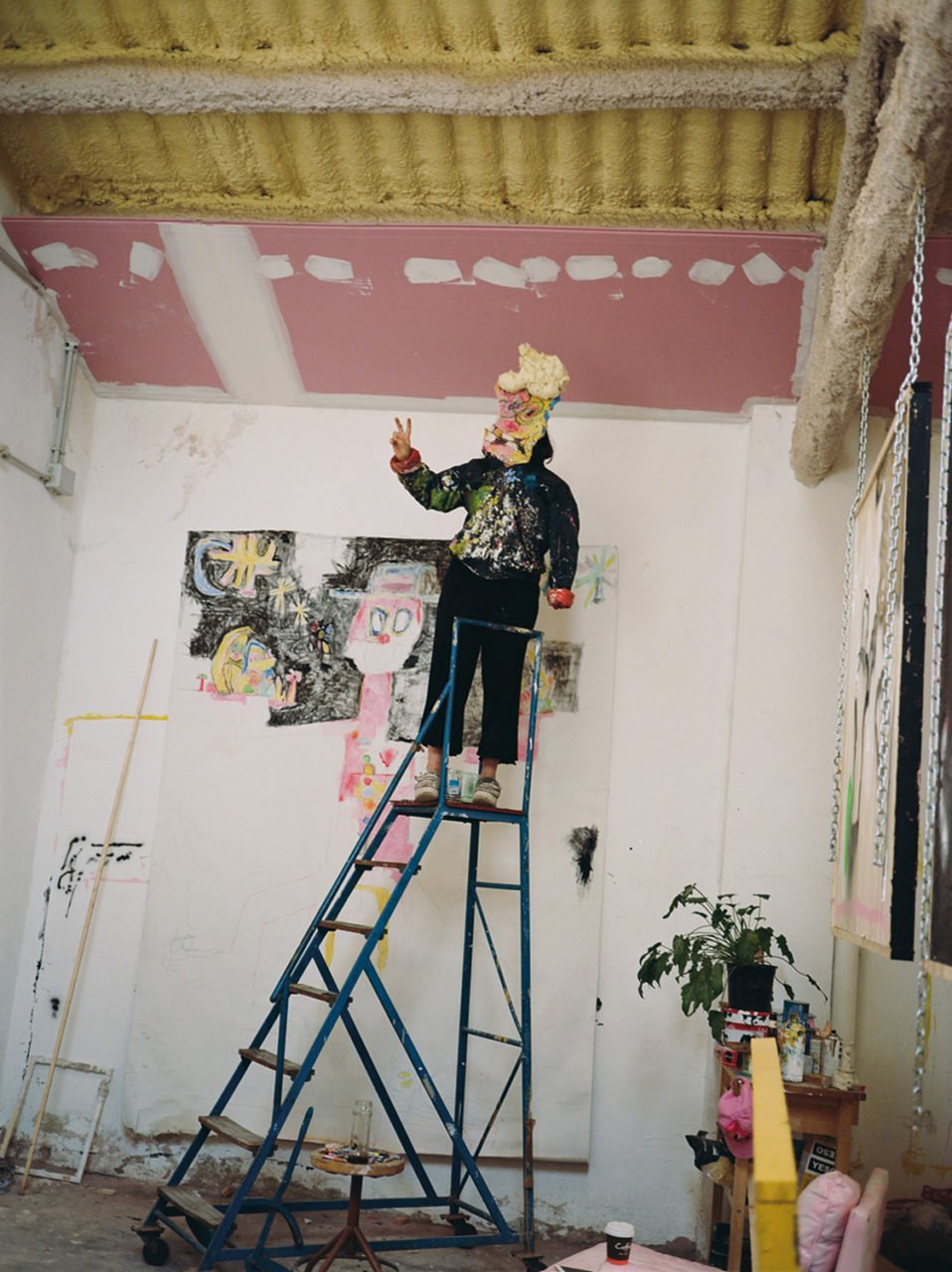 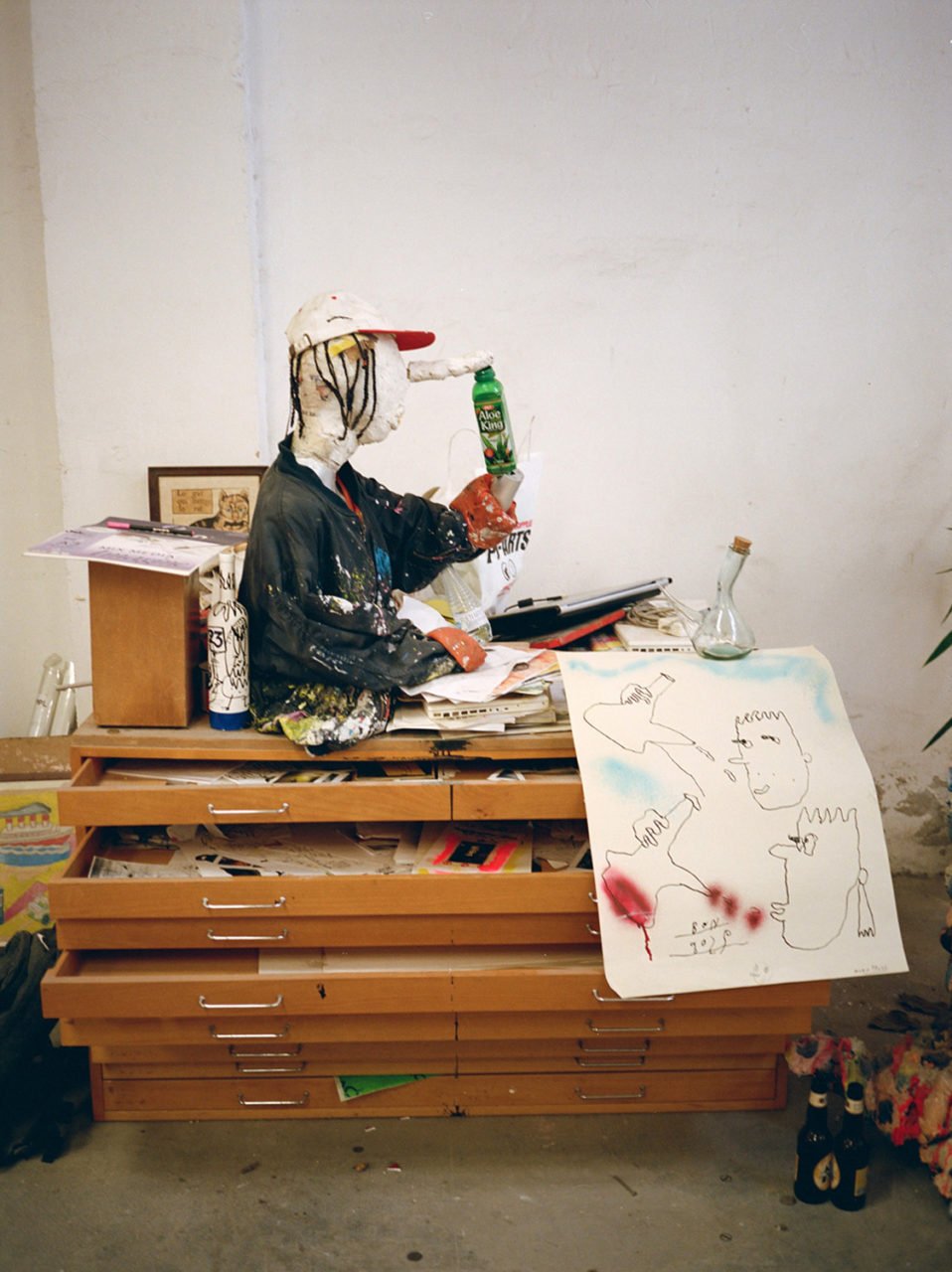 Yes, of course, on many levels. When I moved into my first studio around La Pau I could finally start painting big canvases. Before that everything was small. Then when I moved to Marina, in Poble Nou, they got even bigger and I started using graffiti sprays just because there was a store selling them nearby. And here I don’t use sprays because I can’t find them anywhere around.

And besides your work, how have you experienced the city just by moving from the centre, on Gran Via, to Poble Nou, which is slightly off-centre, to here in Hospitalet, which is actually outside the city?

To be honest, now I see the central area around Eixample and Gran Via as a rat hole. I can’t understand how anyone can live there. Maybe a married couple with a little dog, but someone who paints or a photographer—I don’t know, they could never produce anything interesting there. It’s depressing. Sundays there are depressing, the people are like robots. Poble Nou was a great shift; I loved it there. I could walk to the sea, and I was impressed by that. It was a mix of industrial and working-class atmospheres—people handcrafting iron or wood. Crafts are always beautiful to watch. And then here, it just makes total sense to me. I don’t think you can make anything important in the dead centre of a city. 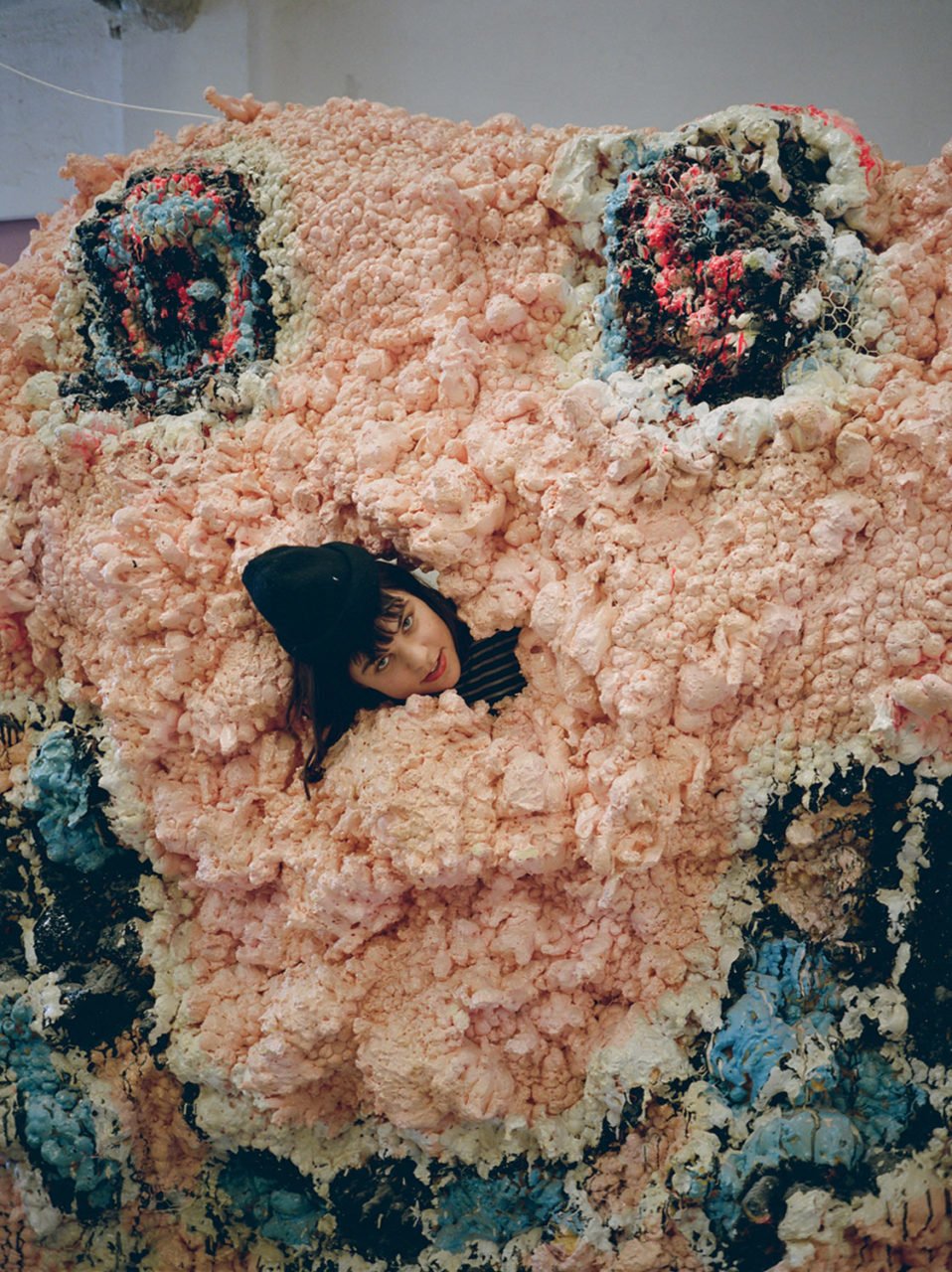 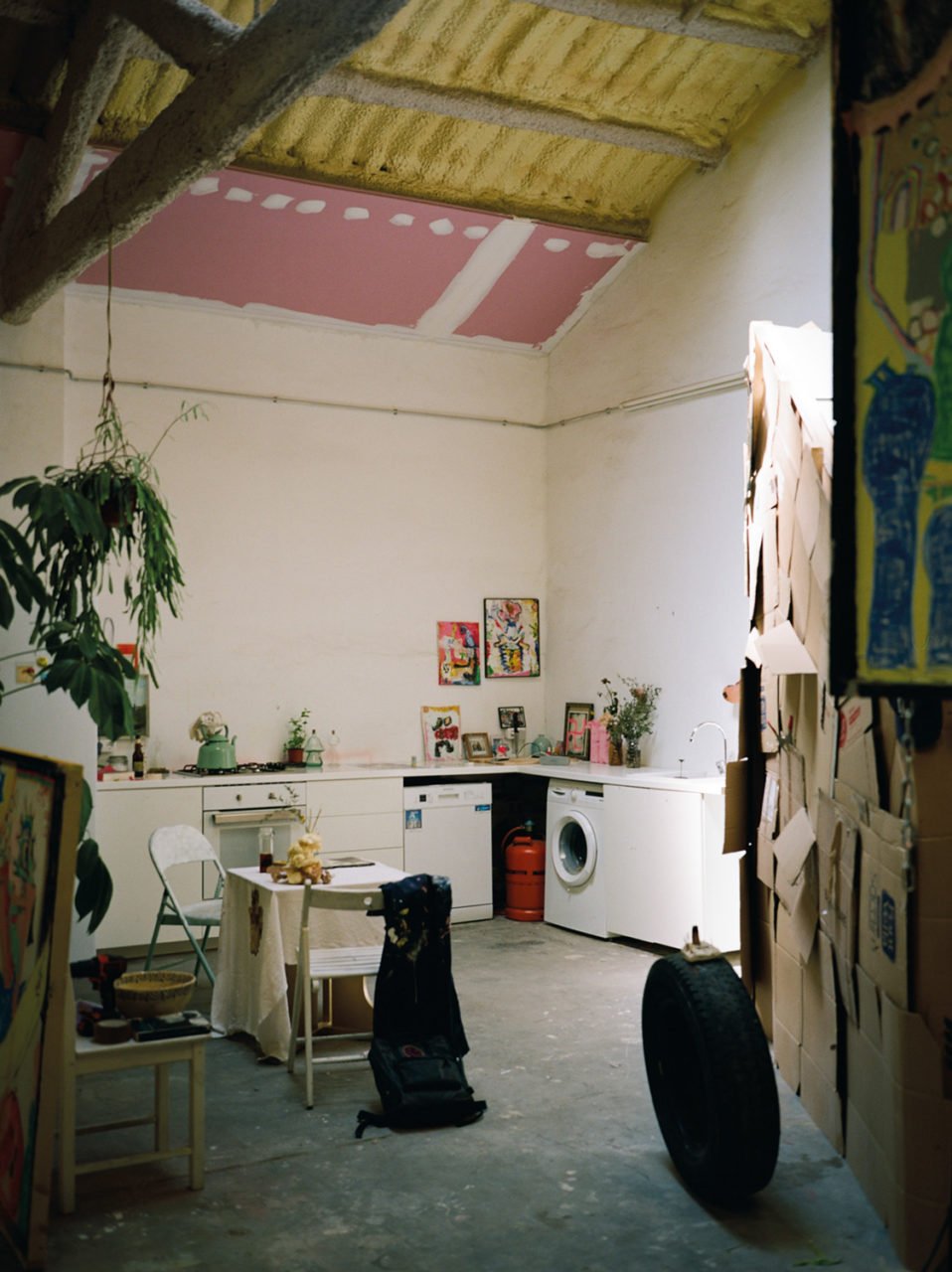 How come you lived on Gran Via? You all seemed quite happy there.

Very, very happy. But that was another stage of my life—just being with friends all day.

It was a bit experimental. That’s when you all started creating work. When you got that basement.

Yes, we had the Jornadas en el Sótano [Days in the Basement]. We rented this space, and we wanted to do exhibitions and music shows. Everyone would do their thing and then we’d exhibit collectively. We started putting out zines and doing shows. It was so beautiful.

Where was the basement?

Carrer del Roser, in Poble Sec. It was a basement, of course. But at some point it got filled with shit. Literally. A pipe burst and the place got flooded with faecal water. We had to leave. But until then it was a very magical moment in my life—very intense times, with all these friends. Everything was new to me, and magical, brutal. But then at some point, I felt I had to find just myself. Everyone does, deep inside, right? You have to face yourself. 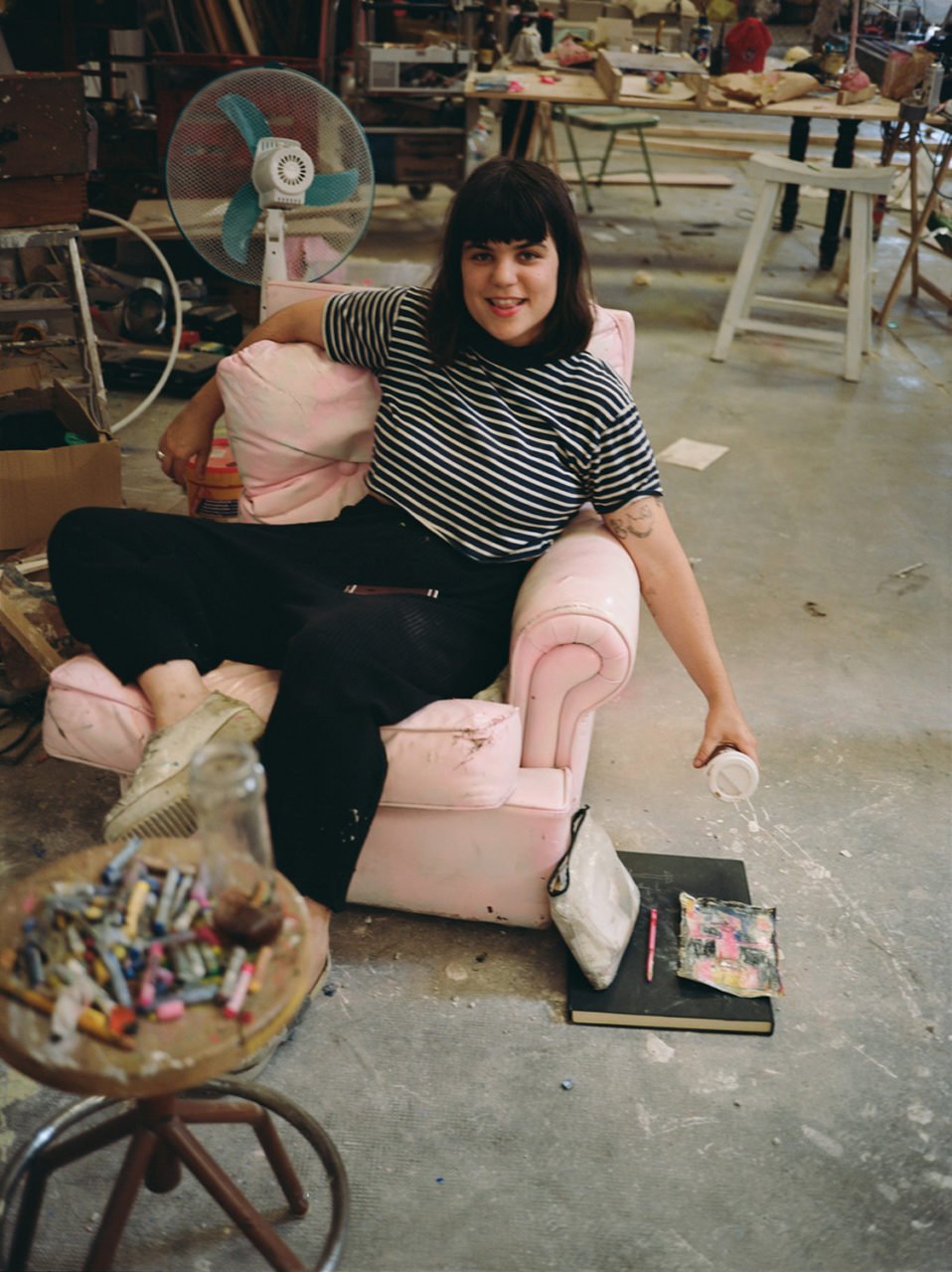 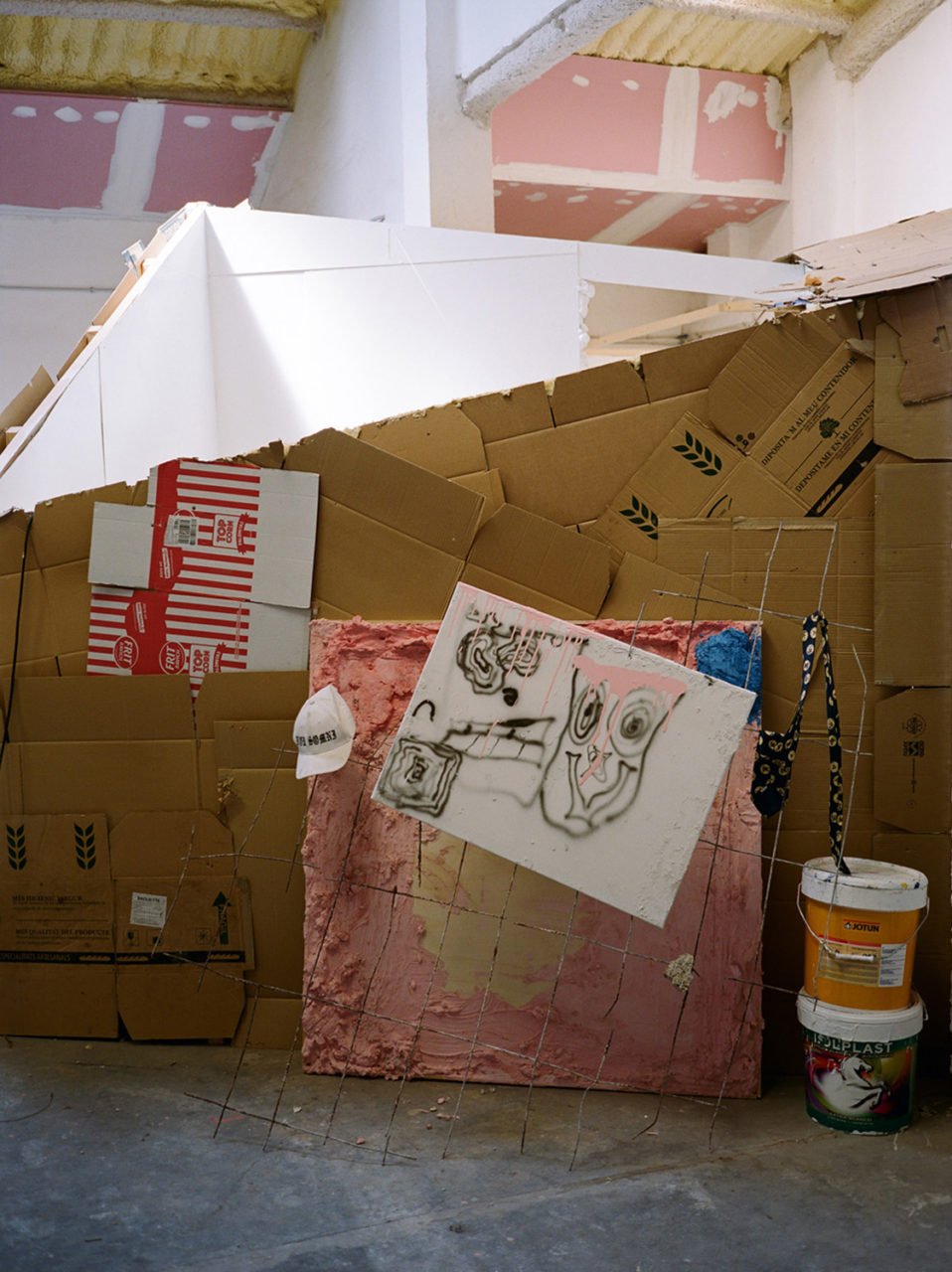 Do you feel like you’re a part of the transformation going on in Barcelona right now, with all these people leaving the centre of town and moving to suburban areas like Hospitalet?

I don’t need more people to come over. I’ve tried before to convince friends to move around here. A space right nearby was available, and I told more than 50 people to take it. No one did; you either feel it or you don’t. People just wait for everyone else to do it before them, so it feels safe. But that’s life, isn’t it?

Do you think locals will ever return to Barcelona’s centre?

I don’t really think about it. The day you can eat well and for cheap in a restaurant in the centre of town is the day we’ll see a real change. But right now it’s such a bore. You go for a beer and it’s so sad. Tables are empty except for the beer—no chips, no olives, nothing. There’s a lack of passion in this city. An empty table is like a desert. People live in the desert over there. I would really love to design and run a bar. I think it’s easy, you just have to put a little love into it.

What would you call your own bar?

This is an excerpt. The full interview is featured in Apartamento Magazine issue #20, out now! Visit our online shop to place your order. 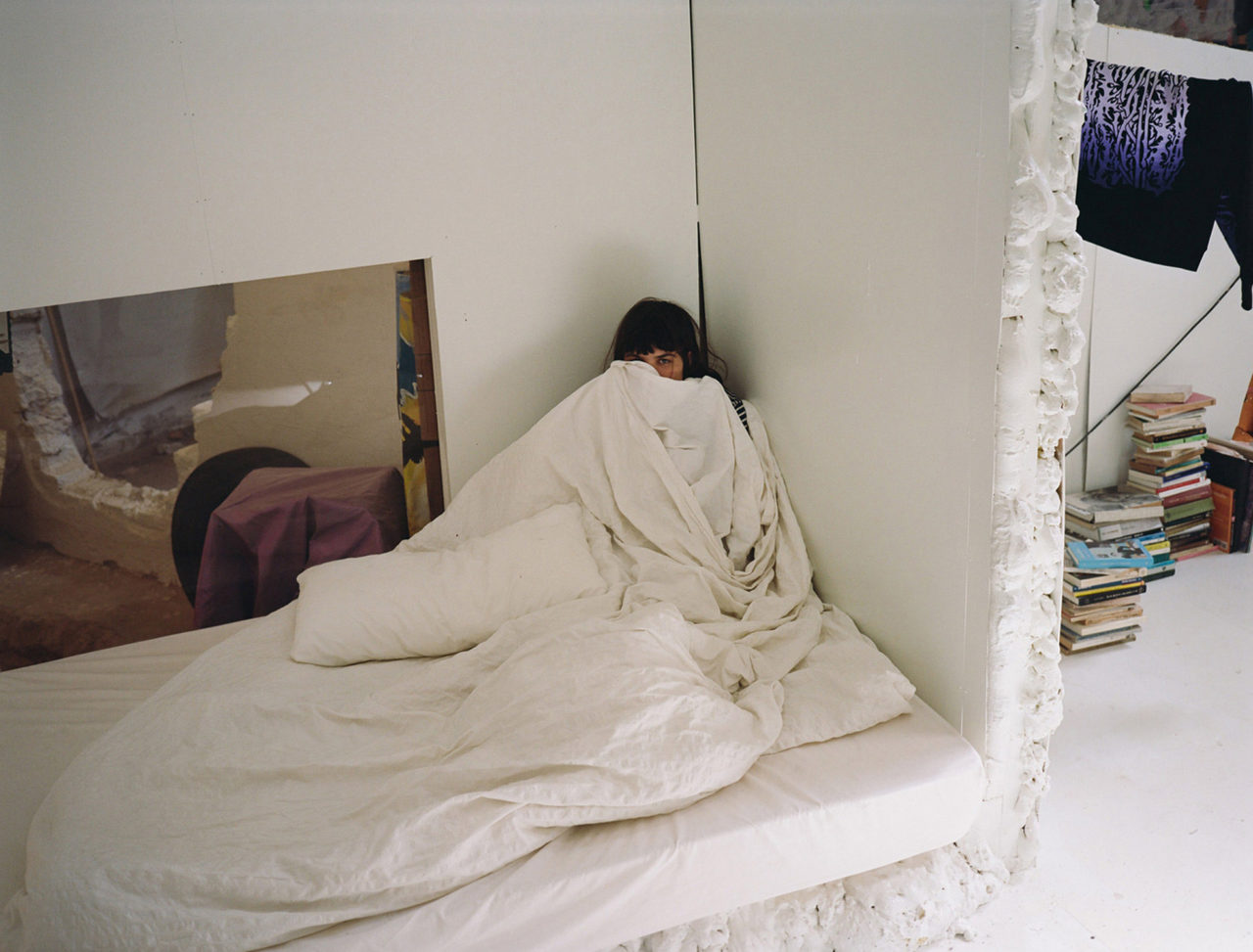 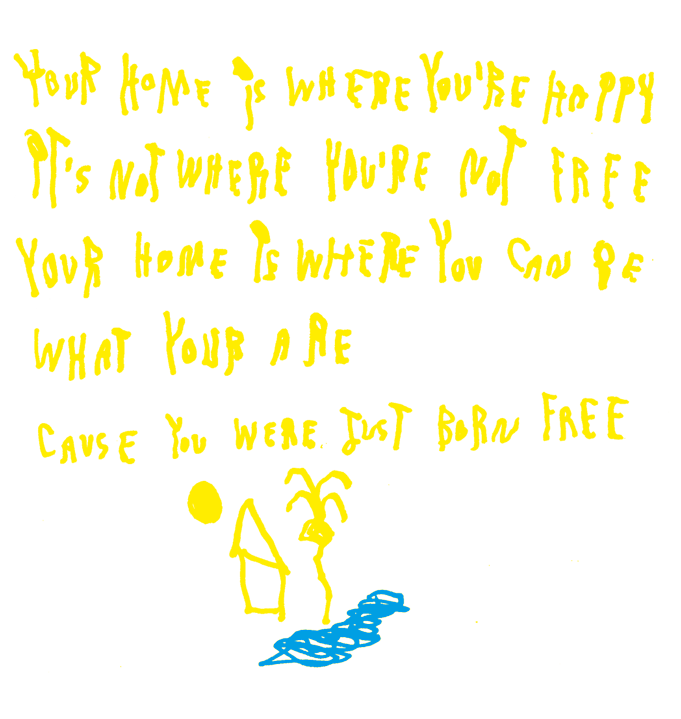 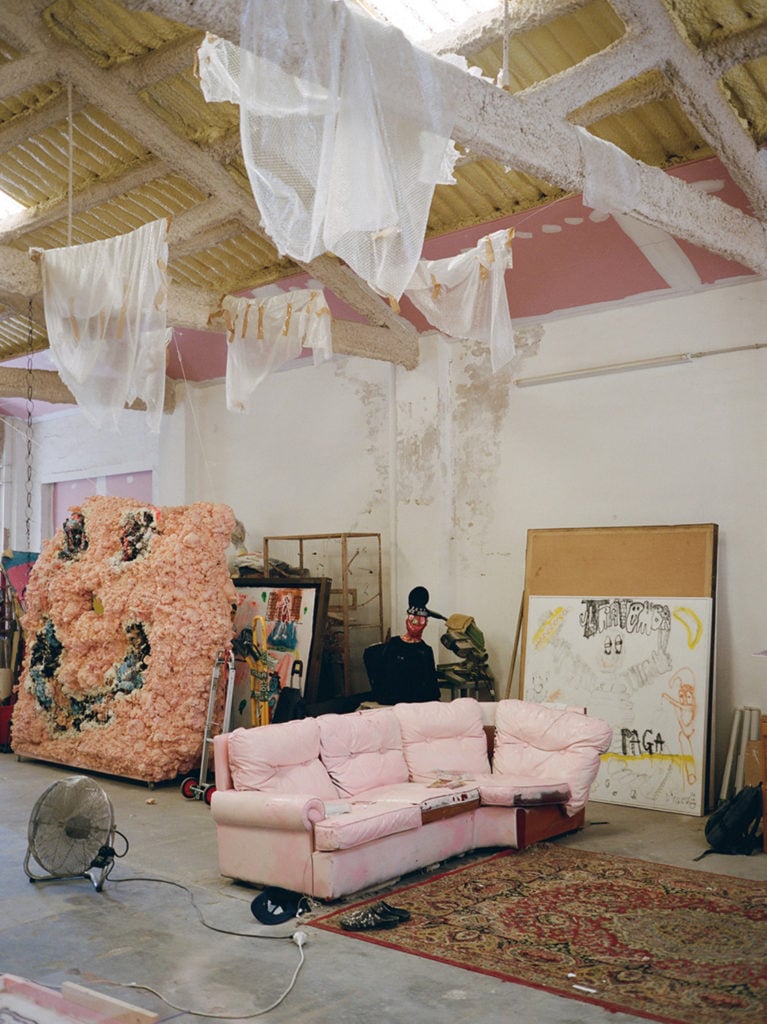 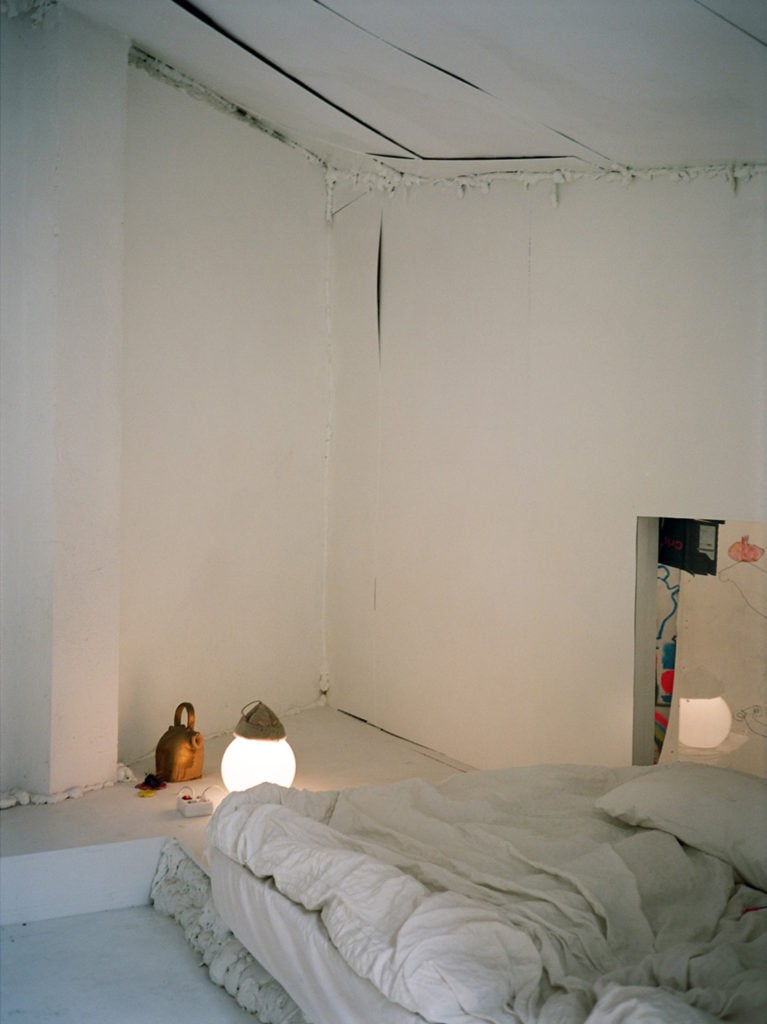 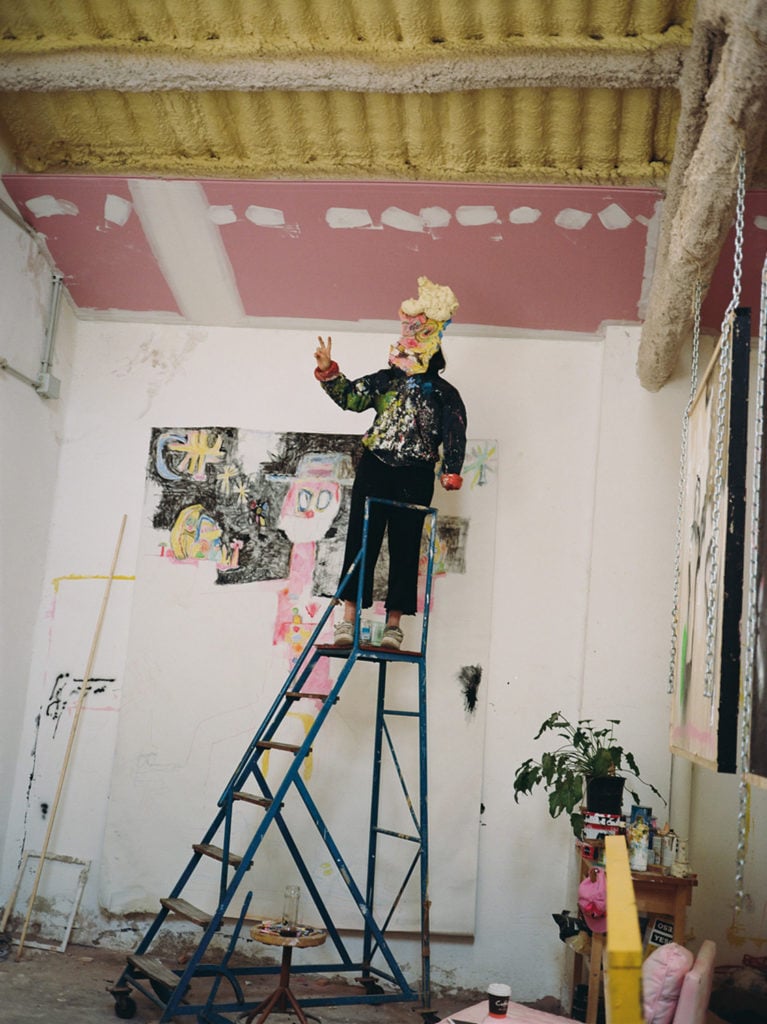 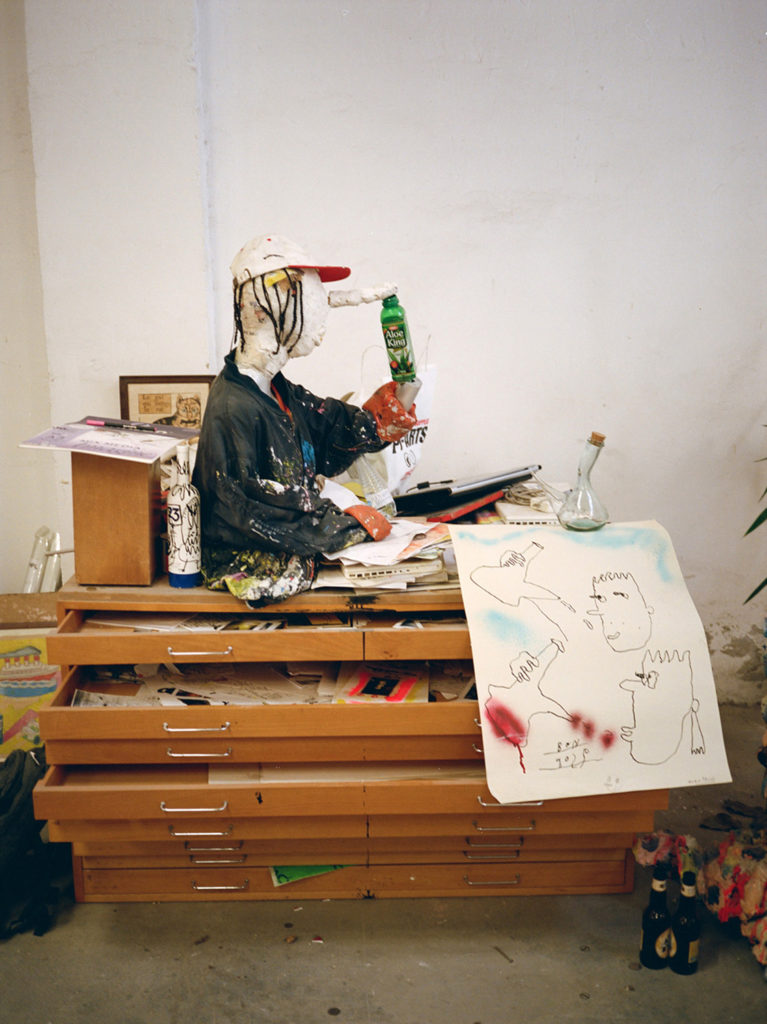 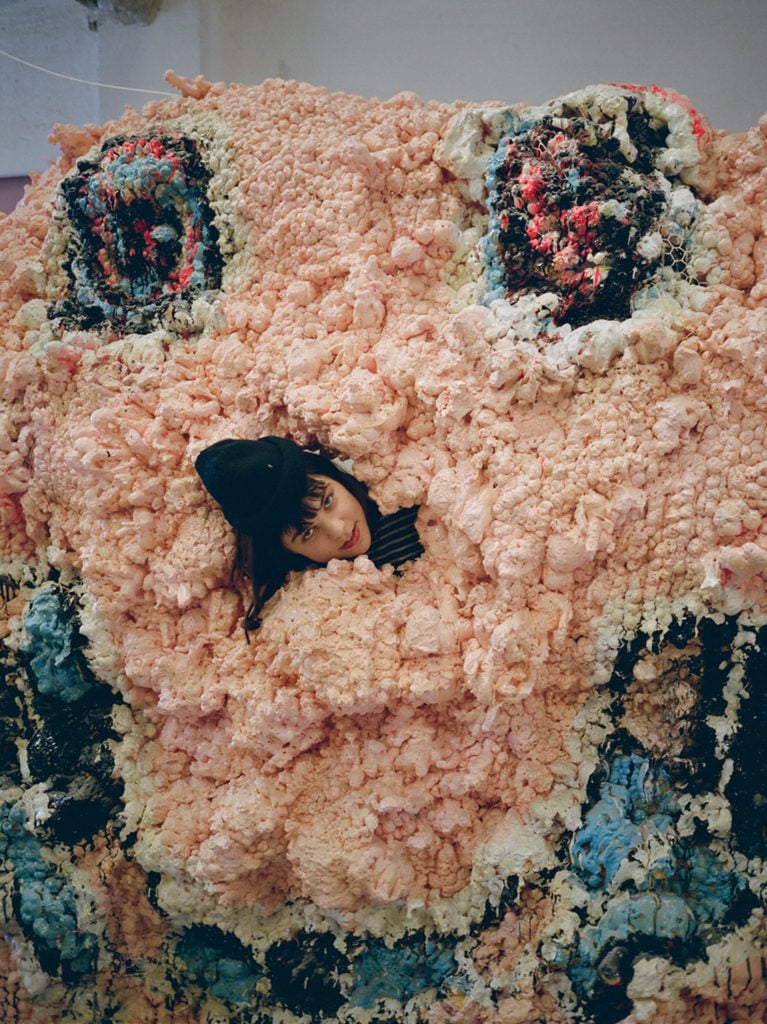 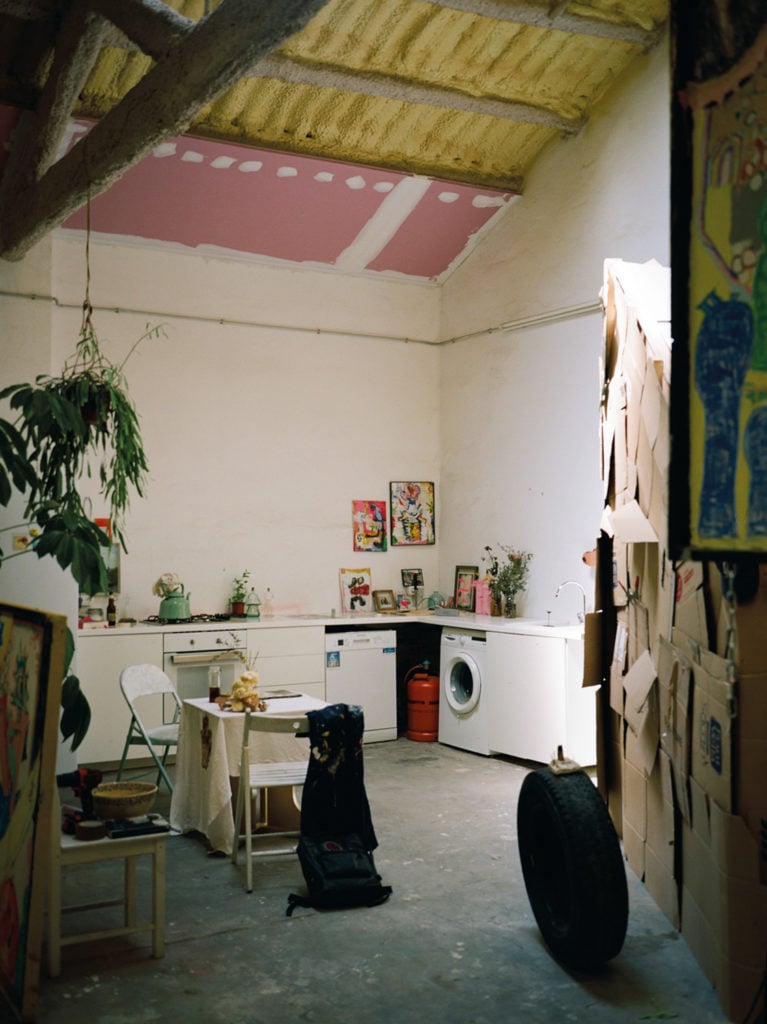 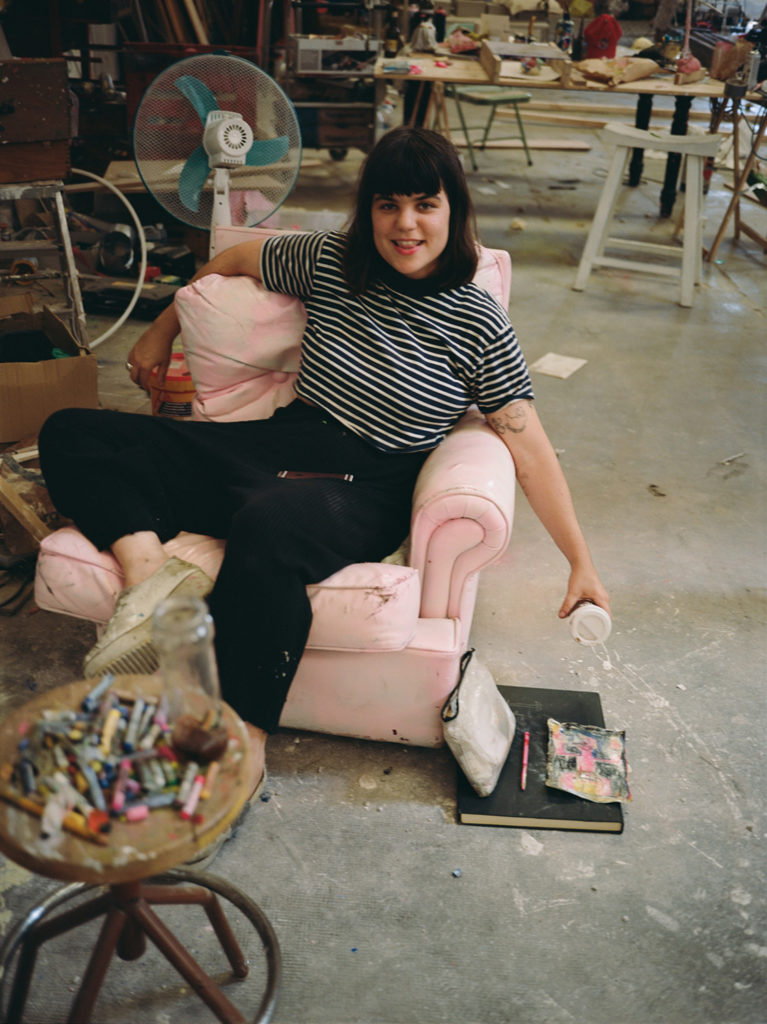 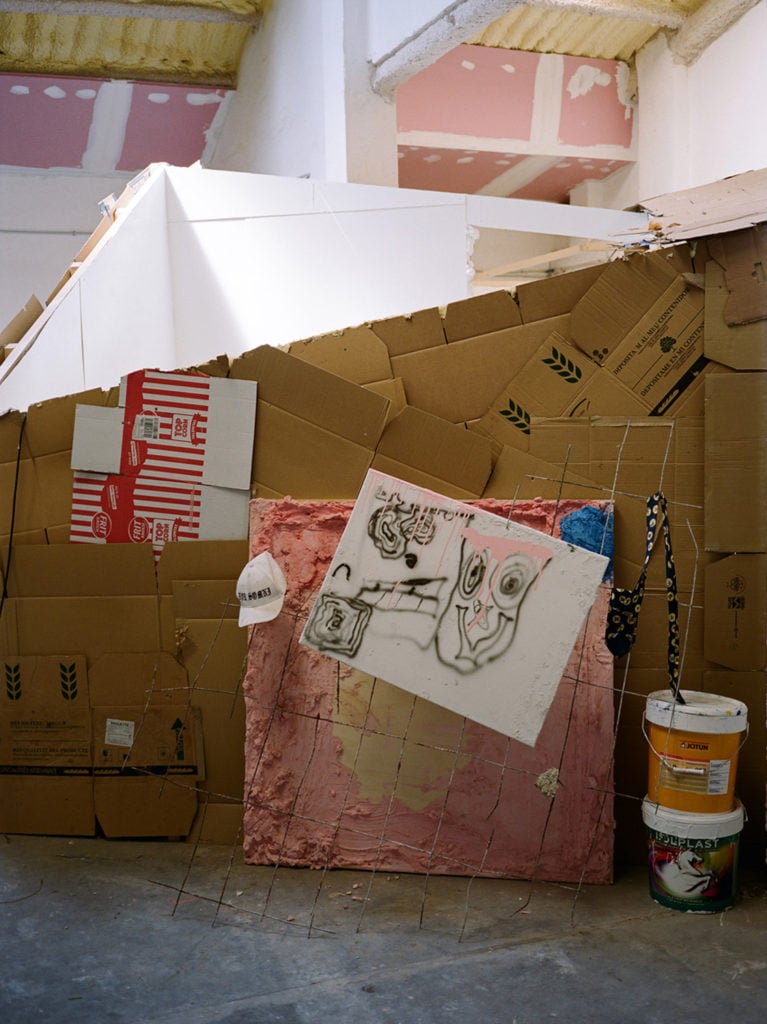