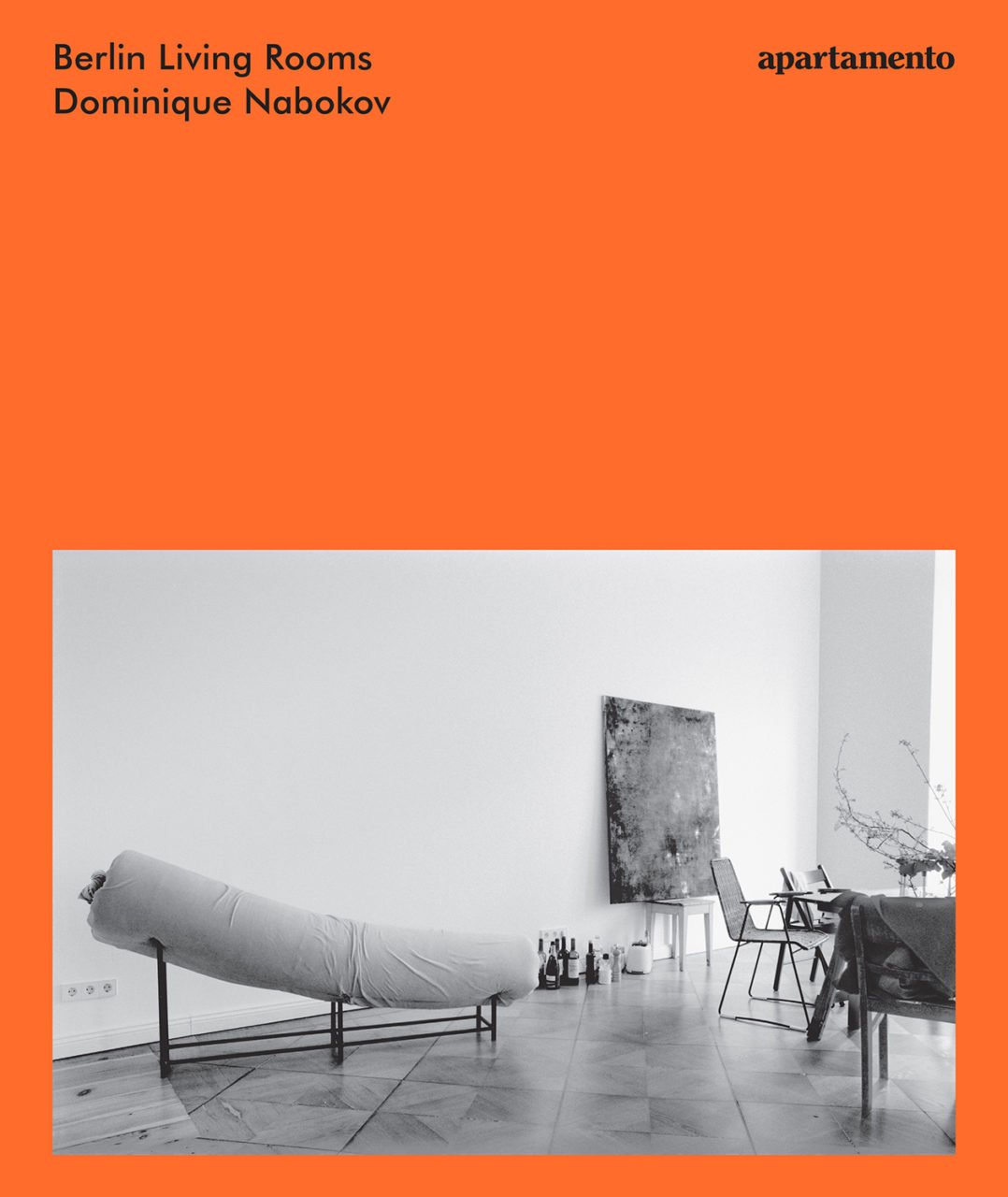 Paris: I had not foreseen the fact that Dominique Nabokov might have taken a trip to Cuba with my housemate’s father back in the ‘90s, but then I shrugged: he’s an Italian writer living in Paris and Dominique, after all, seems to know everybody within a certain international cultural milieu. Her late husband, Nicolas, was Vladimir Nabokov’s first cousin; he was also good mates with the philosopher Isaiah Berlin, the composer Igor Stravinsky, the poet WH Auden, and so on and so forth. In 2013 she published a collection of photos of staff and contributors at the New York Review of Books, taken between 1980 and 2009: Joseph Brodsky in a fur hat looking pensive on a New York street, Milan Kundera debating Philip Roth, drinks in hand.

Dominique began her career in fashion photography before shifting her focus to editorial, portrait, and travel work. Then in 1995 came a commission from the New Yorker to shoot a photo essay of local living rooms. And thus began a project that has evolved for more than 20 years to become a sort of holy trinity of interior photography books, capturing the living rooms of a cultural elite in New York, Paris, and now Berlin. Shot from two sides of the living room, nothing added, nothing altered, she calls these pictures her interior ‘portraits’. Some spaces are indulgent and ostentatious, others shelter the bare necessities—though Dominique herself seems uninterested in passing judgement on the way people carve out their living space. Her photos are a beautifully executed what-you-see-is-what-you-get-type story, told with a frankness and kindness that’s equally evident in their author.

I wanted to start with your own personal background a little bit. Were you born in Paris?

I was born in Paris and I grew up in France. I came to New York because of my husband, who was a composer and also an American citizen. But he worked on both sides. He was director of the Berlin Festival, and that’s how I was first acquainted with Berlin. That said, it had an atmosphere that was unique even—even more so—when it was divided. But I was not a photographer at that time. I didn’t work, I was very young, he was older than me, and we lived between Berlin, New York, and Paris.

So when did you become a photographer?

When Nicolas, my husband, died. I’d always wanted to be a photographer—I already had a camera, a Leica. I had done a few photographs, but not at all professionally. Then I decided, ‘Well, this is my chance’. Not my chance because Nicolas had died, but it was an opportunity, so I was going to do it. I had a very, very rich carnet d’adresses because he knew everybody, so it helped, especially in New York. I started as an assistant to the fashion photographer Patrick Demarchelier for two years. Then I knew I didn’t want to do fashion photography, but it was a good introduction—also on how to approach the business—and then I went on to photograph mostly writers, artists that I knew.

I built an archive, and then for 10 years I had a contract with Condé Nast in New York, for Vogue, Vanity Fair, House & Garden. The New Yorker was bought by the Condé Nast group, and finally Tina Brown proposed that I photograph writers’ rooms. I said, ‘I’ve been photographing writers for so many years now, I would be more interested to peep into the interiors of other people’, so she agreed. I had an assistant, and we tried to do it in black and white, but we were not completely pleased with New York.

Well, we were not. We wanted something original and had the idea of that Polaroid film. The colours were eccentric, bizarre, and it gave you the idea that the pictures had been taken in the past. We did a few tests and Tina loved it, so we went on. And then I did Paris. 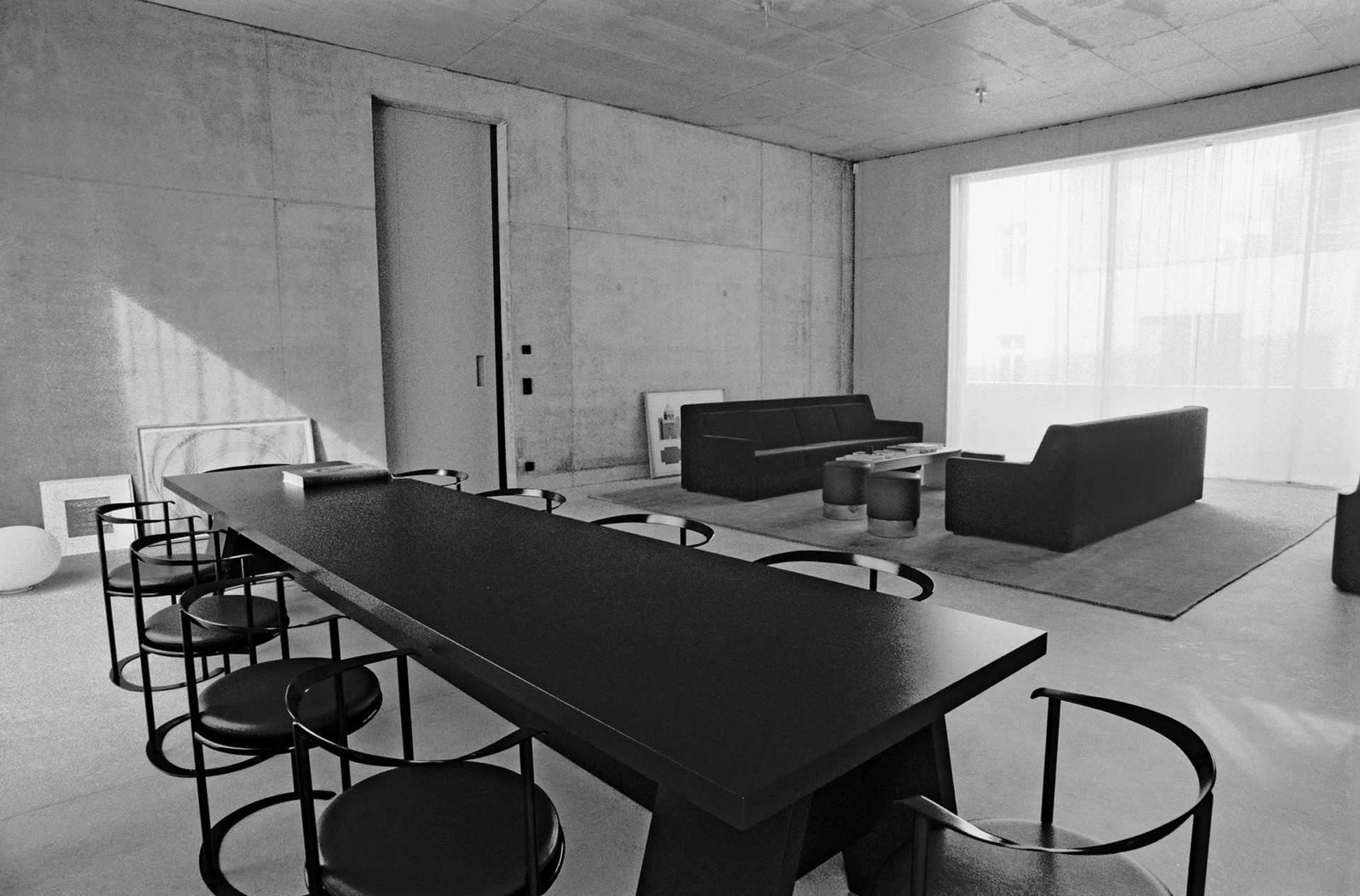 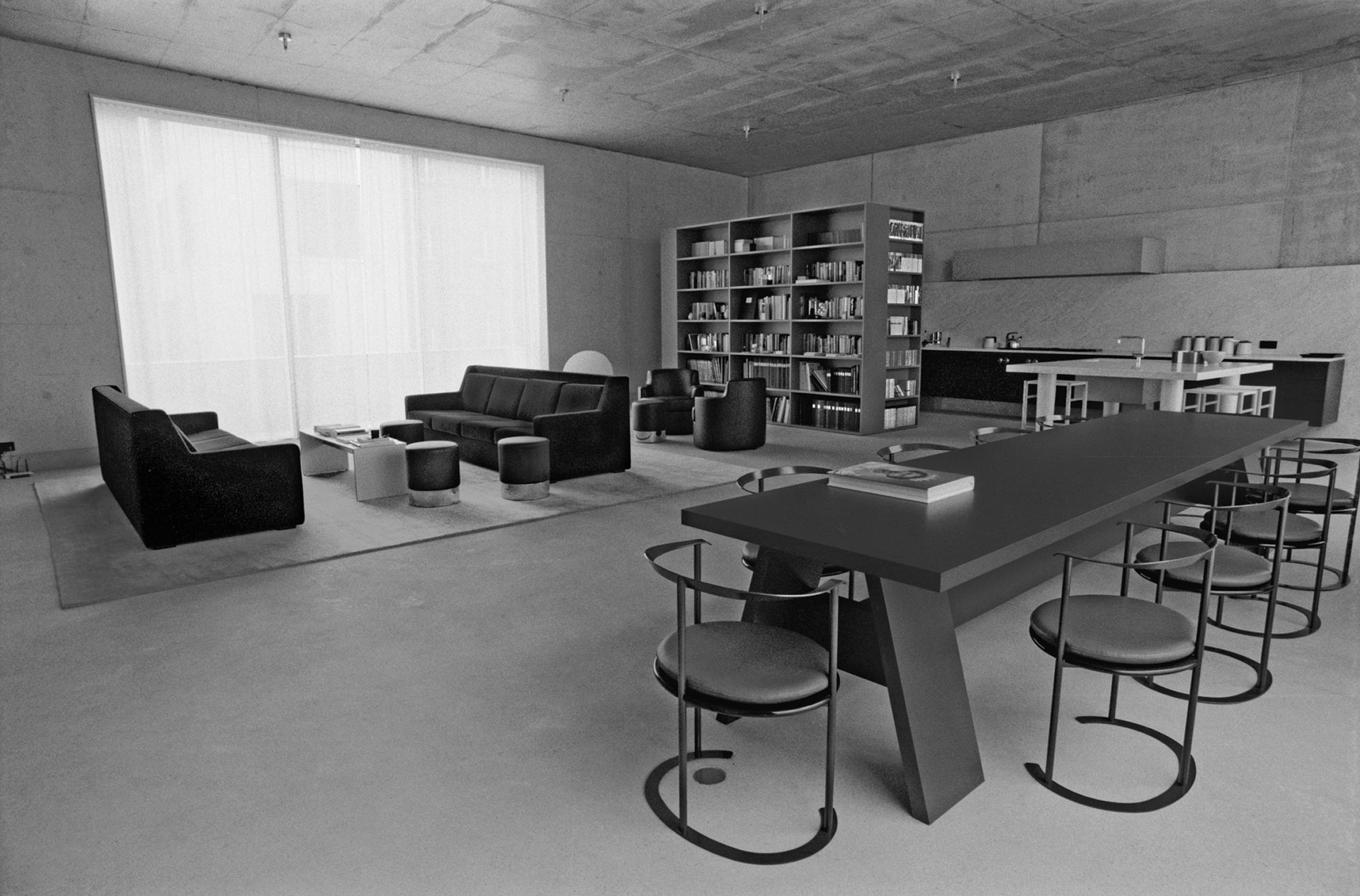 What was your house like growing up in Paris?

No, I didn’t grow up in Paris, I grew up in Compiègne in a very traditional bourgeois house.

What did you parents do?

My father was a restaurateur and my mother was the head of an accounting department, but I didn’t grow up with them. It’s not interesting; it has nothing to do with what I became. I was obsessed with movies, and I loved magazines when I was young. That’s where the inspiration came from to be a photographer.

It’s interesting that you focus on a very cultural elite in your photos.

Well, the New Yorker wouldn’t have published anything else. It was a cultural nomenclature, that was the point of it. It was not the butcher, the baker. One could do that, but it was not the idea. The start came from Tina Brown: she got me a few names, and I wanted to do the cultural nomenclature, too, because I knew them. It was the world I was a part of, so that was the world I could describe.

How many living rooms do you think you’ve photographed now?

I don’t know. How many are there?

You mean you’ve put everything into the books?

I always put in every person I do. It’s a principle—even if you might be disappointed by the look. I don’t go for decoration, I just go for the person, and I’ve published everybody I’ve photographed. 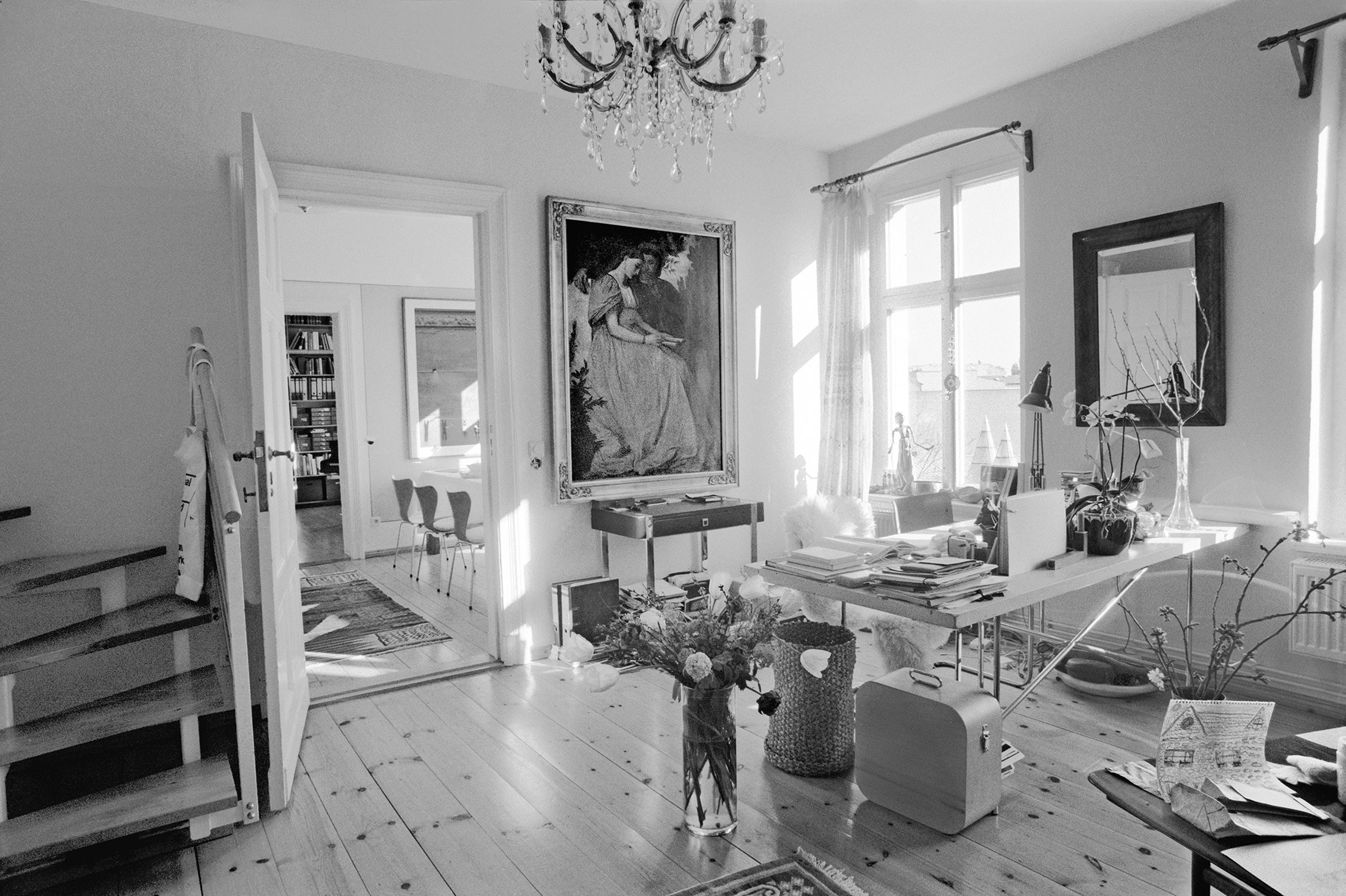 Have you always been to the house before you’ve photographed it?

And so were you ever really surprised by what you saw?

Yes and no. It’s nothing to do with decoration, and I say to people when they’ve suggested somebody, ‘Don’t think of décor, it’s not decoration!’ I was interested in what they did: a poet, a writer, a musician, a movie director, that’s the world I like.

I recently read a book by Georges Perec, called Les Choses. It struck me as a similar sort of principle, in that it tells a story of two people but describes the couple through their material setting. He wrote about objects to describe the people.

Yes, that’s right! In a way the best thing to do with the photos would be not to have the name even—just the number and a reference at the end. Because in a way if you see it without a name—the exhibition is like that—you think, ‘Who could it be, what do they do?’ This is the idea, yes! 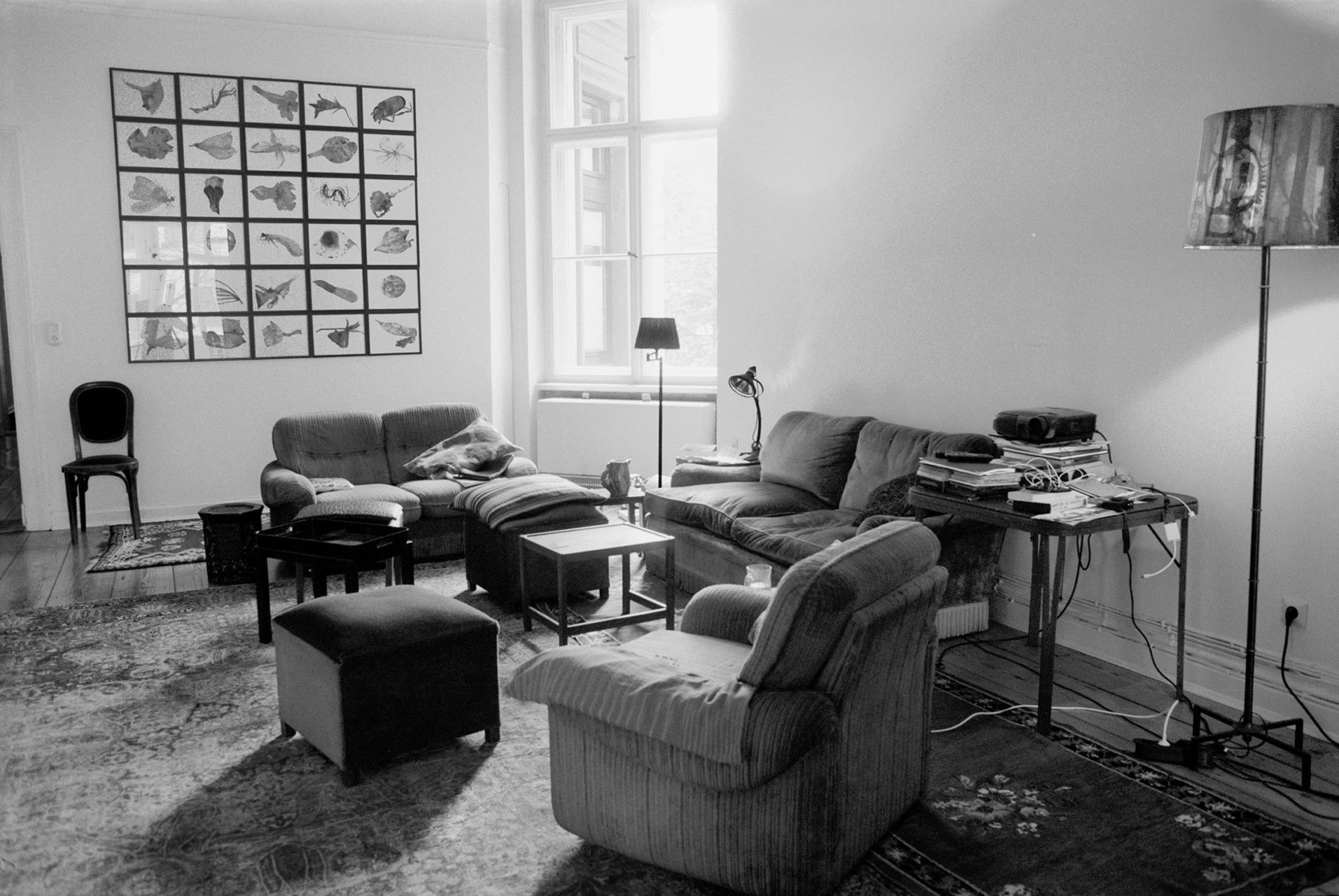 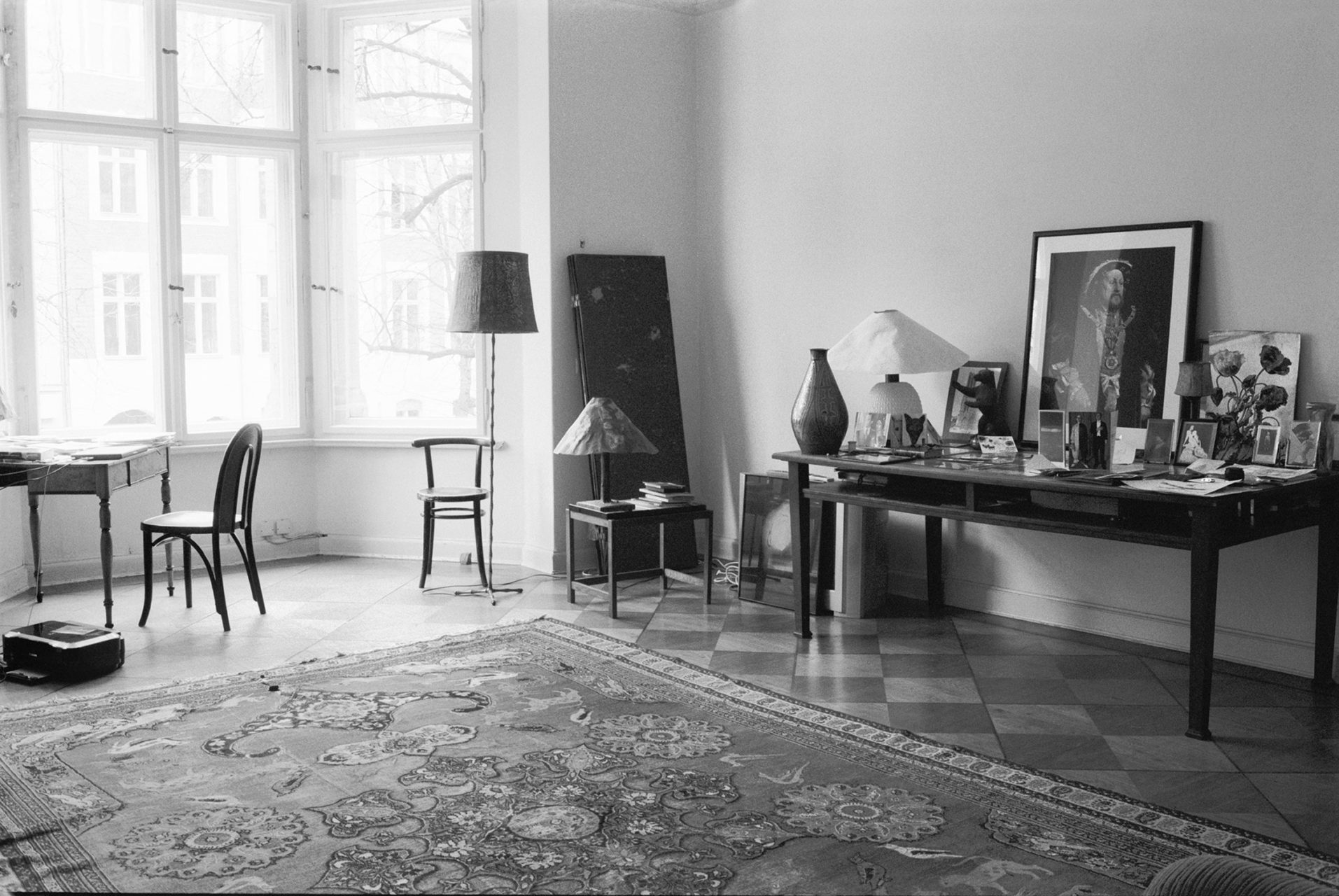 Right, and in the same way Perec uses objects to describe the way people were living in the ‘60s, have you noticed a change in the way people are living and presenting their homes between 1995 when you first started in New York and 2014 when you were shooting in Berlin?

Well, I don’t think that way. I think the French, the Germans, and the Americans are very different. I think in New York, anything goes. In Paris, it’s very bourgeois. Berlin is a city in reconstruction, full of foreigners; I think there’s only one person born in Berlin in the book. Berlin looked a lot more egalitarian, and you don’t have the feeling these people spend much time in their places. It’s extremely organised, precise.

But when I was young I loved movies. My sister is actually a movie director. When I came to visit my parents in Paris I used to go to the magazine stands; they had all the American magazines, and I was fascinated by the way the movie stars lived: the house, the swimming pool. It came from there—the desire to see how it is on the other side of the fence. From Tony Curtis or Eddie Fisher, Frank Sinatra—to glimpse something of the aesthetic in those days. It was in the ‘60s, you didn’t go to America just like that.

Do you think your apartment in America accurately reflects who you are now?

You have my apartments there at the end of each book. This is my apartment in New York: one floor of a brownstone. I don’t know; tell me! I took a picture and that’s it. But actually I like to live in an environment that I like, I do. But I’m not very rich, so there are lots of things I’d like to have that I don’t, like a wonderful sofa and beautiful carpet.

It’s funny, once I started working I suddenly had to make all these choices about what I brought into my home, which used to be based only on necessity.

But in a way it’s very strange. You never choose what happens, but somehow the way you put it together reflects you. And sometimes it works. 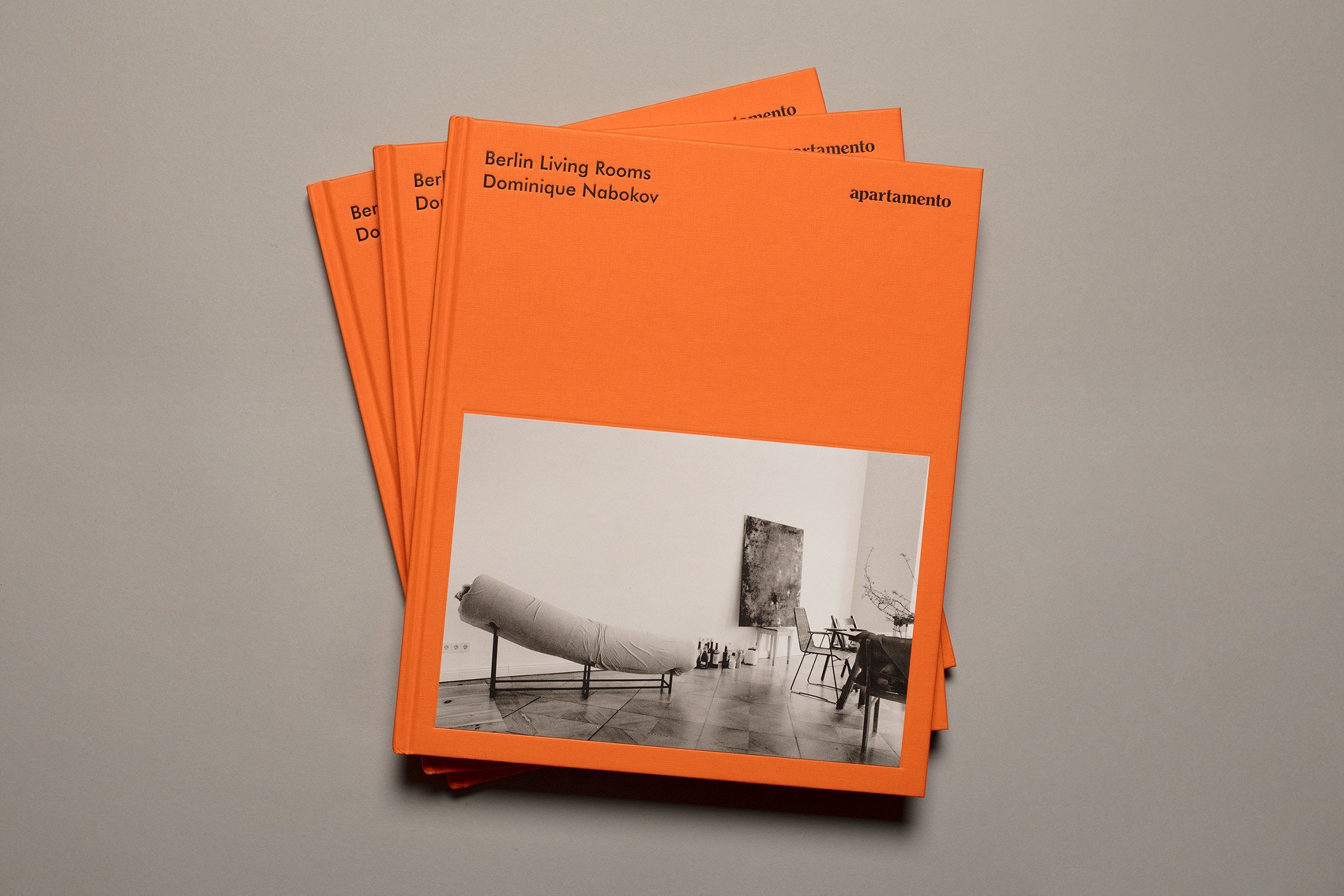 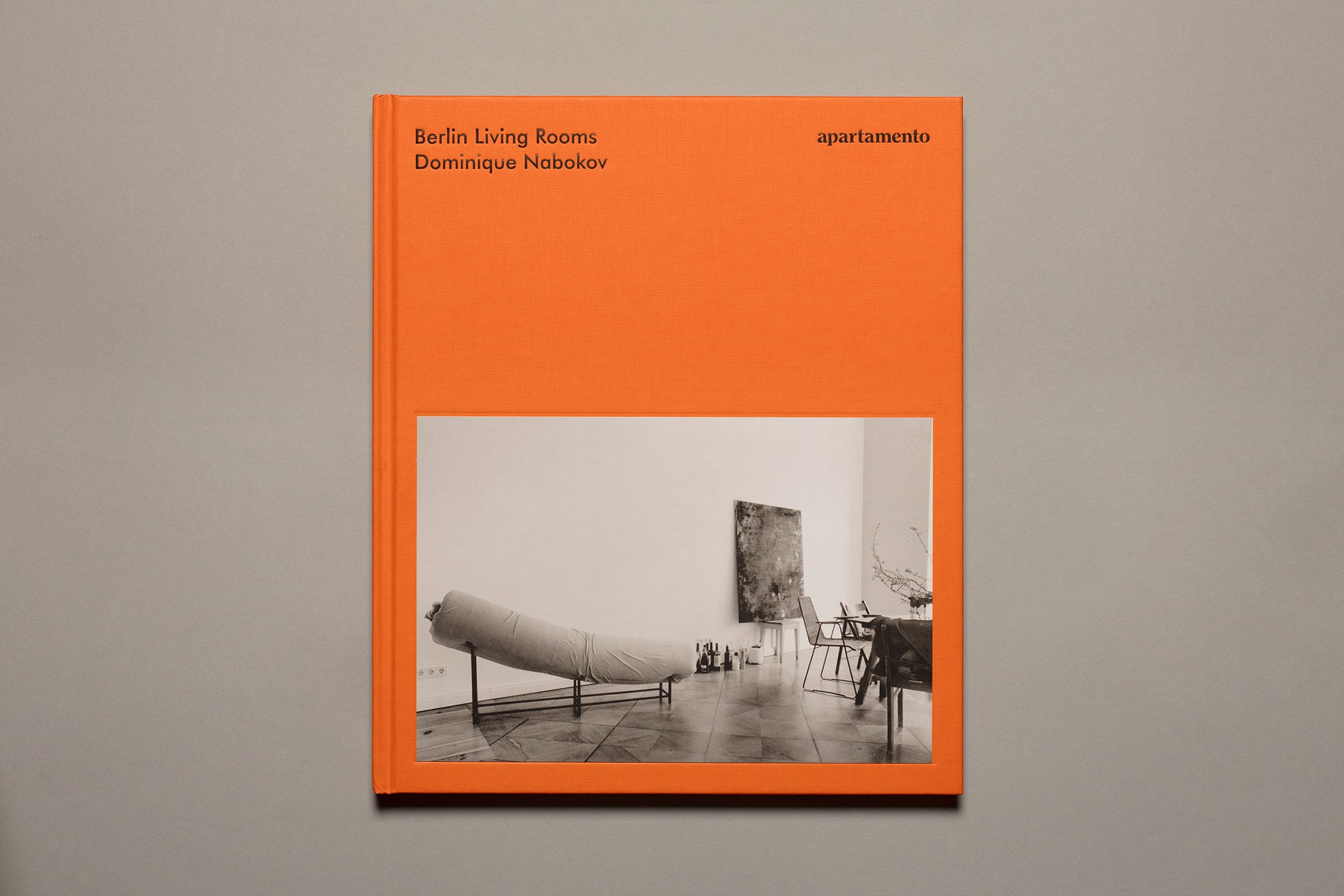 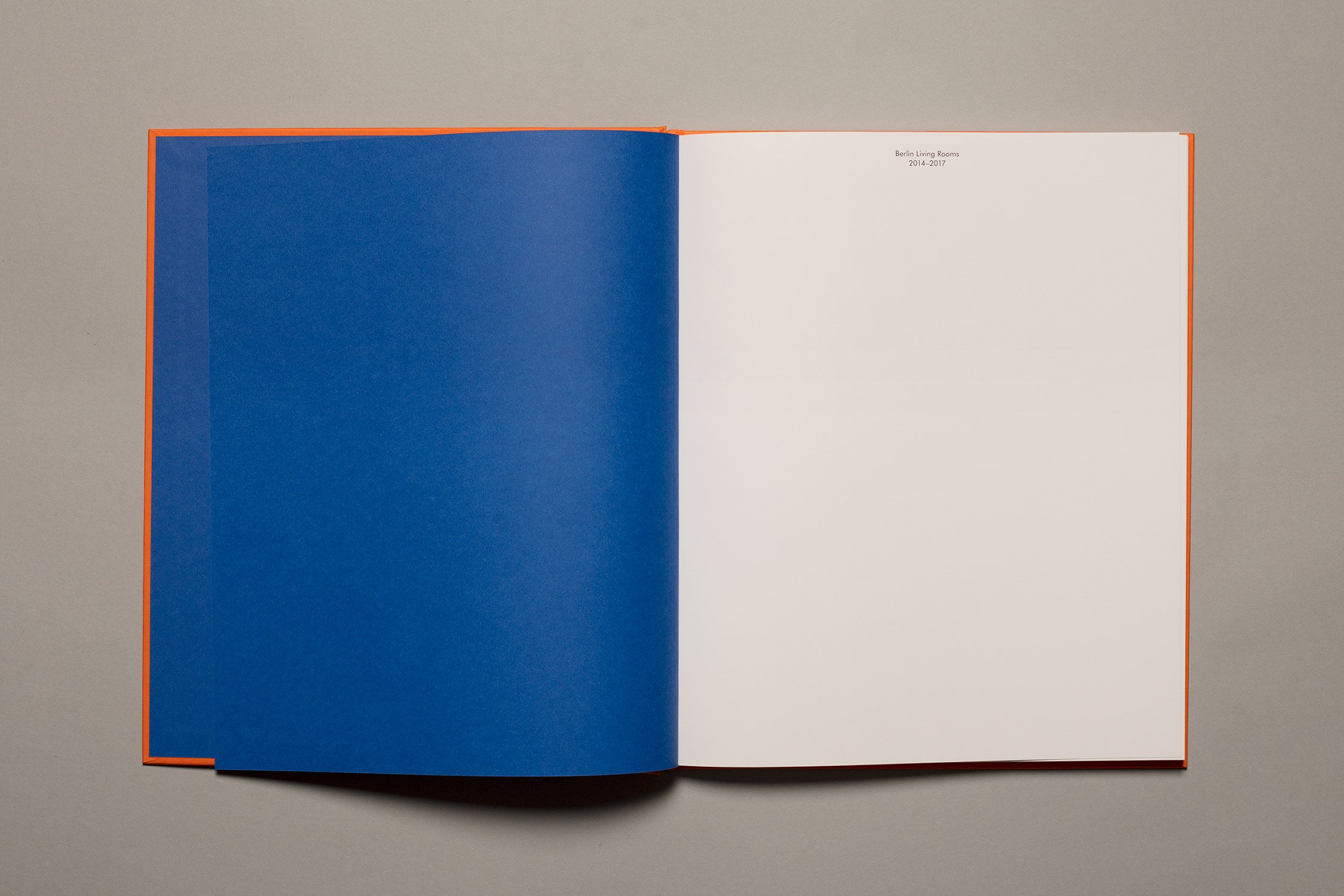 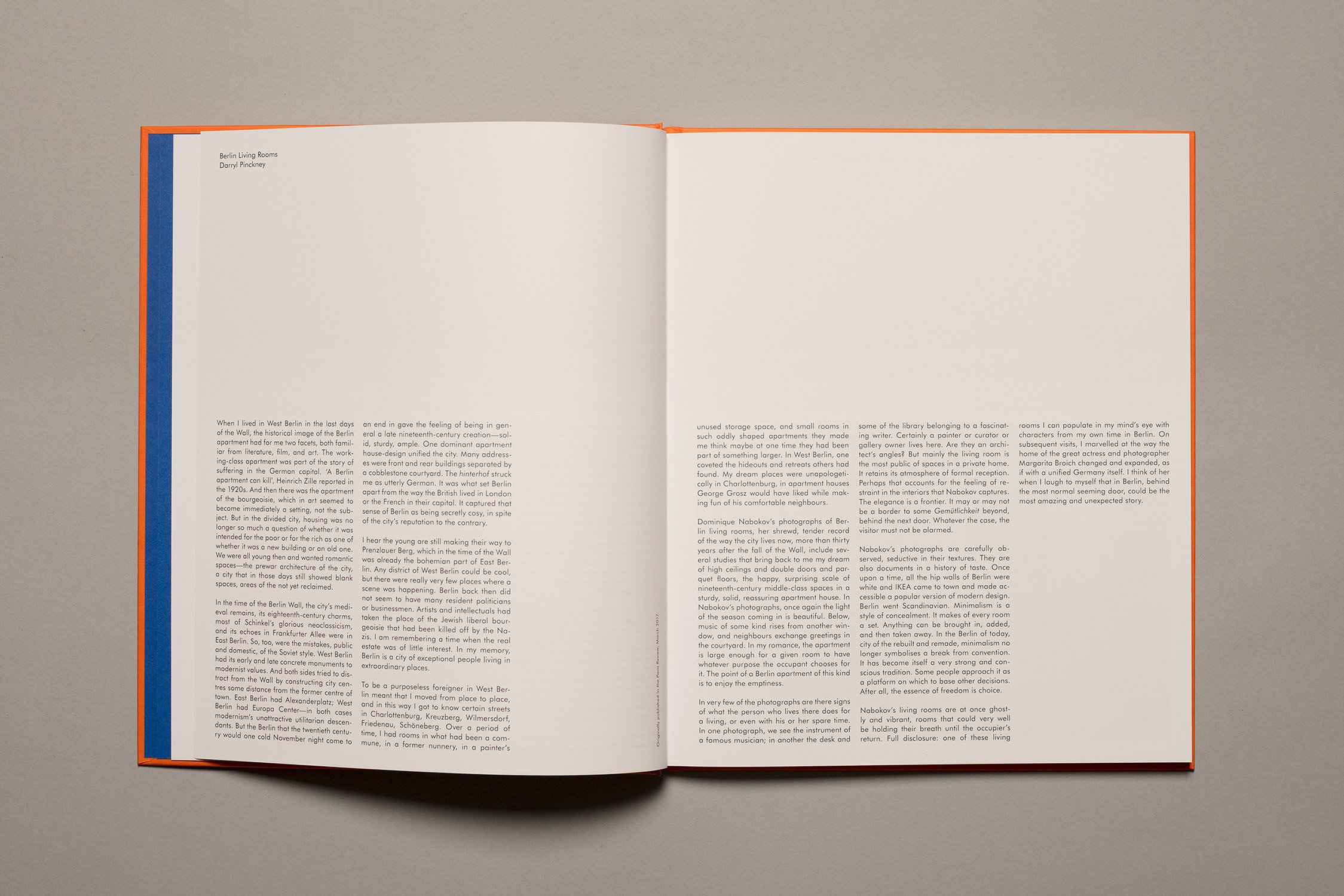 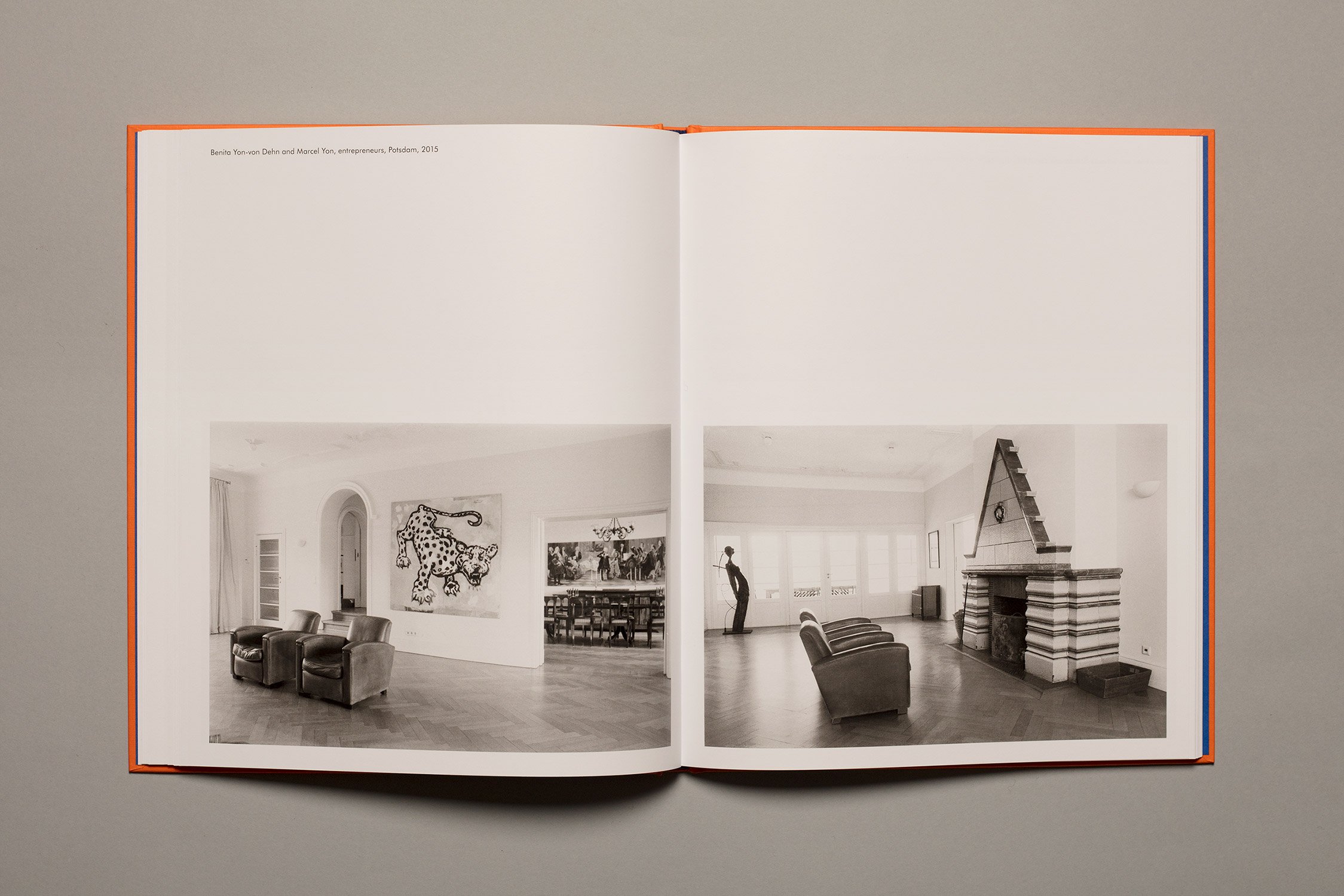 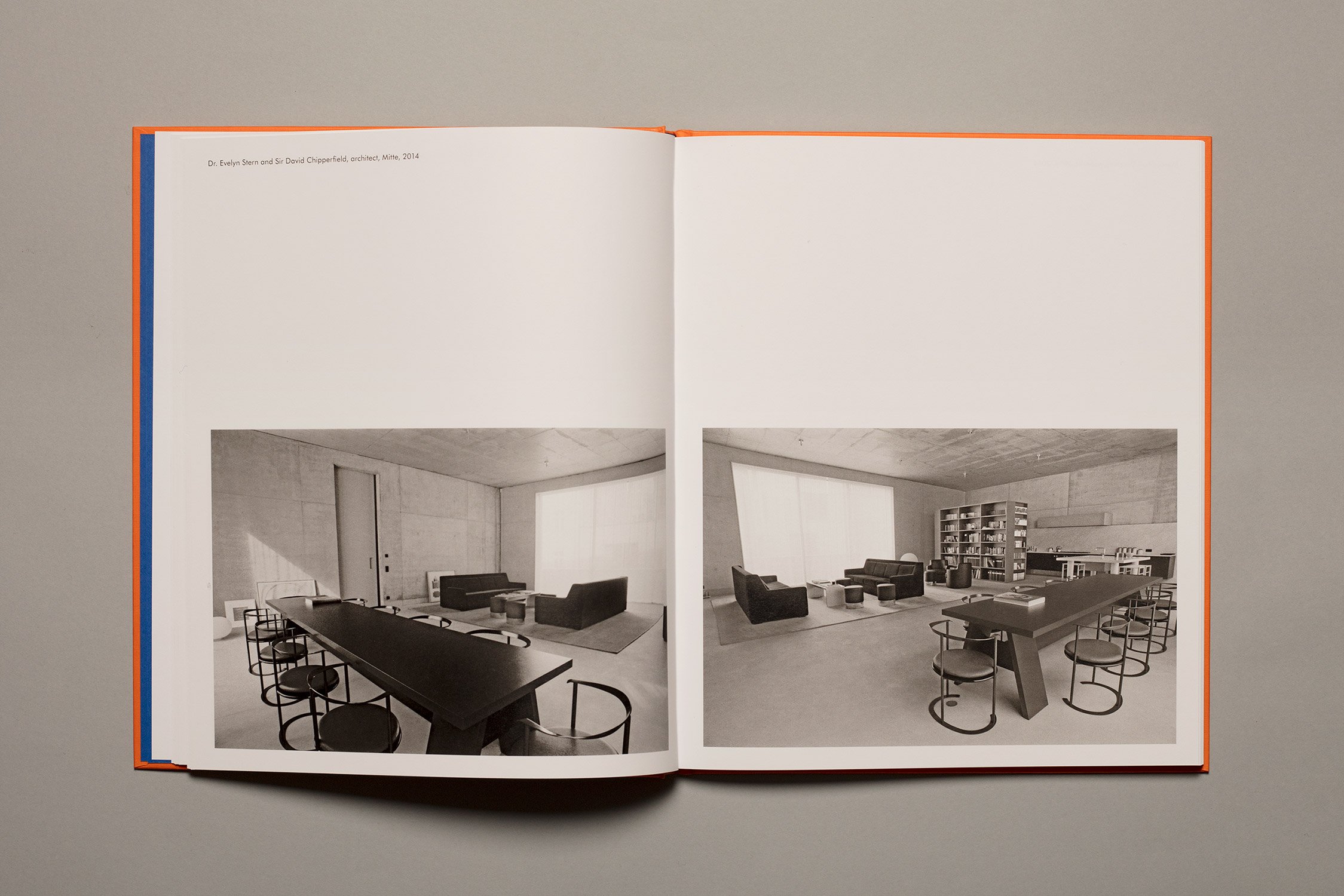 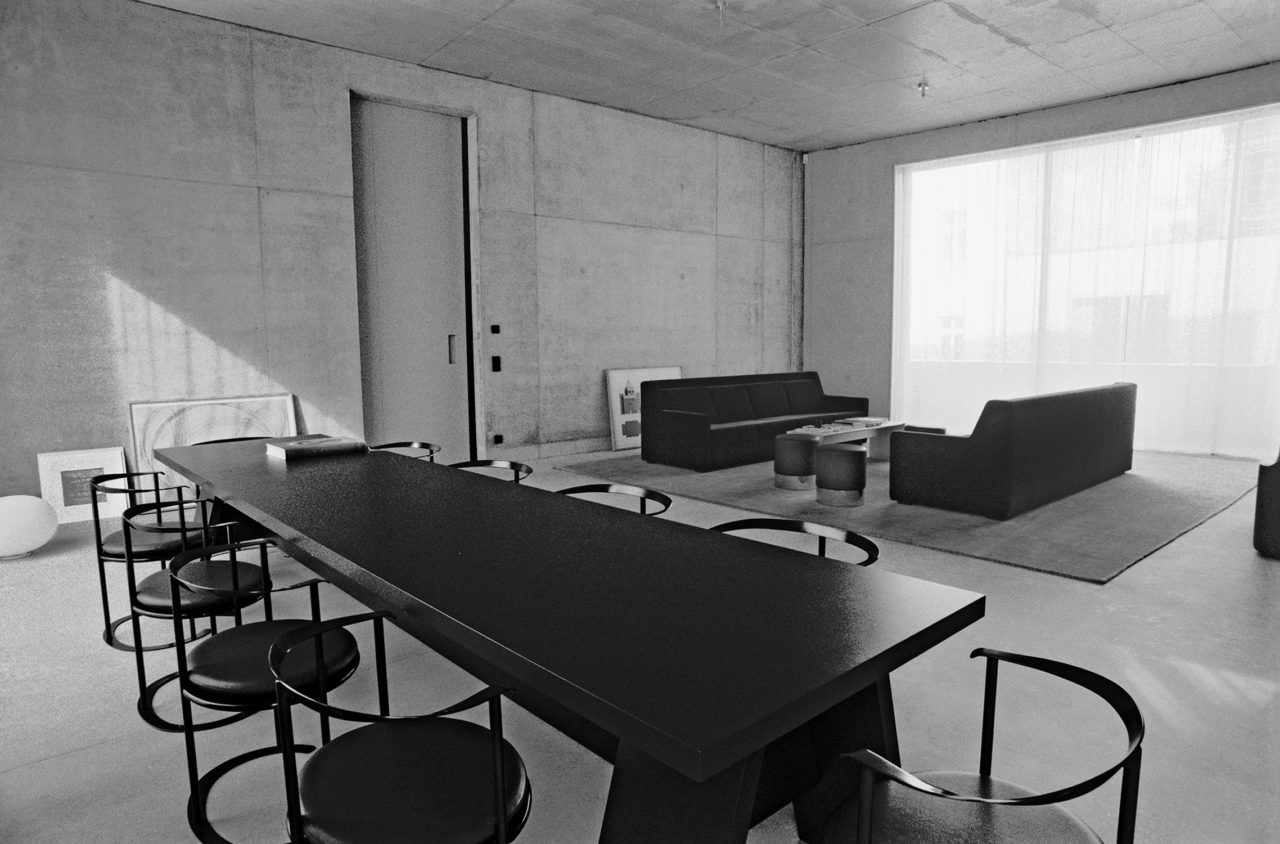 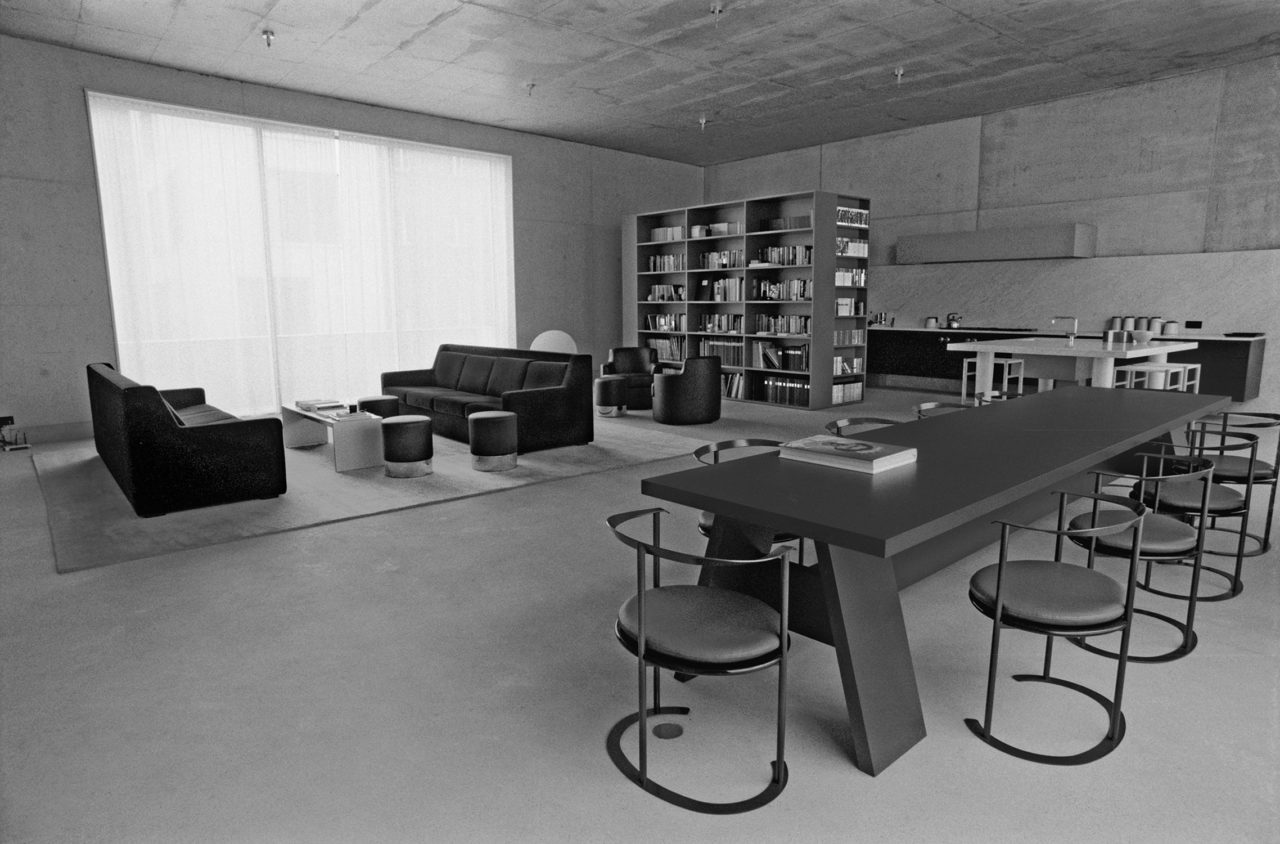 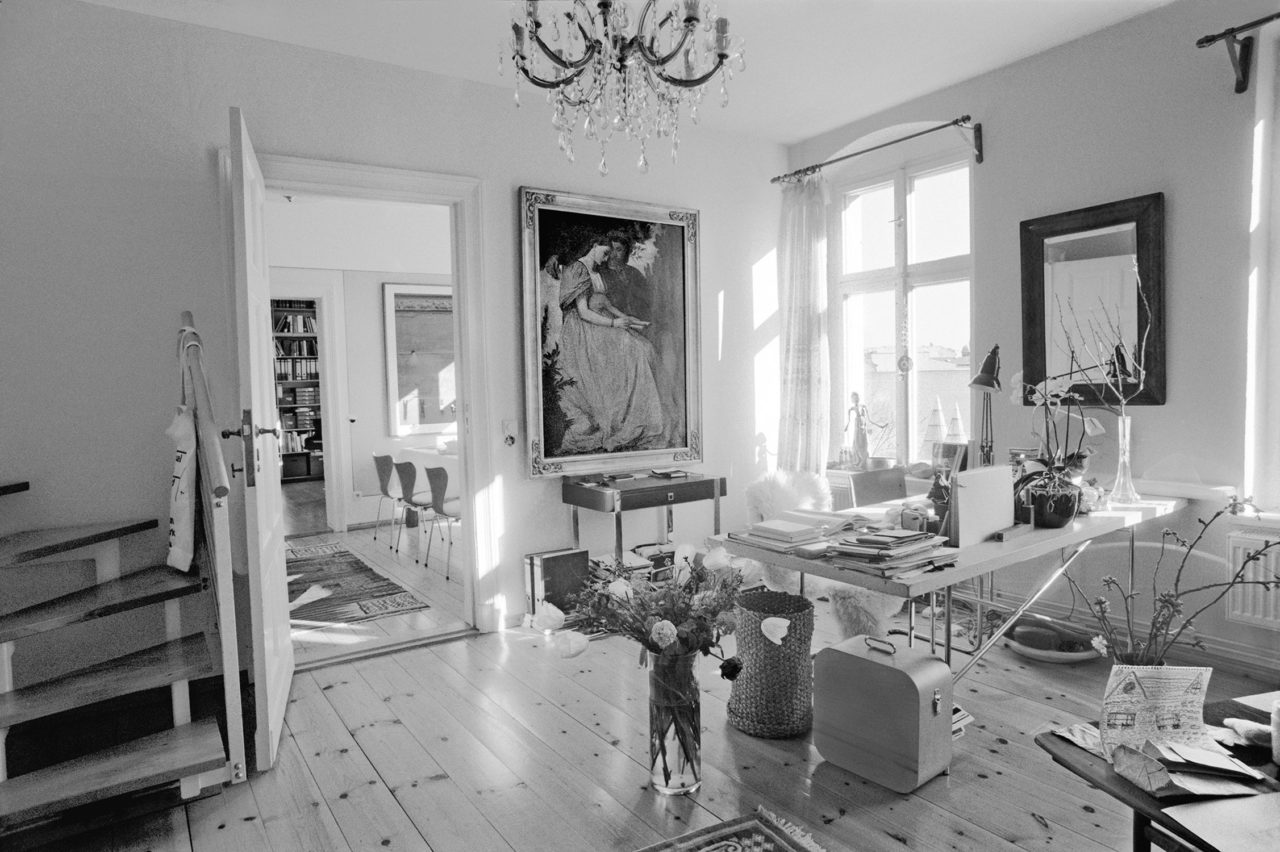 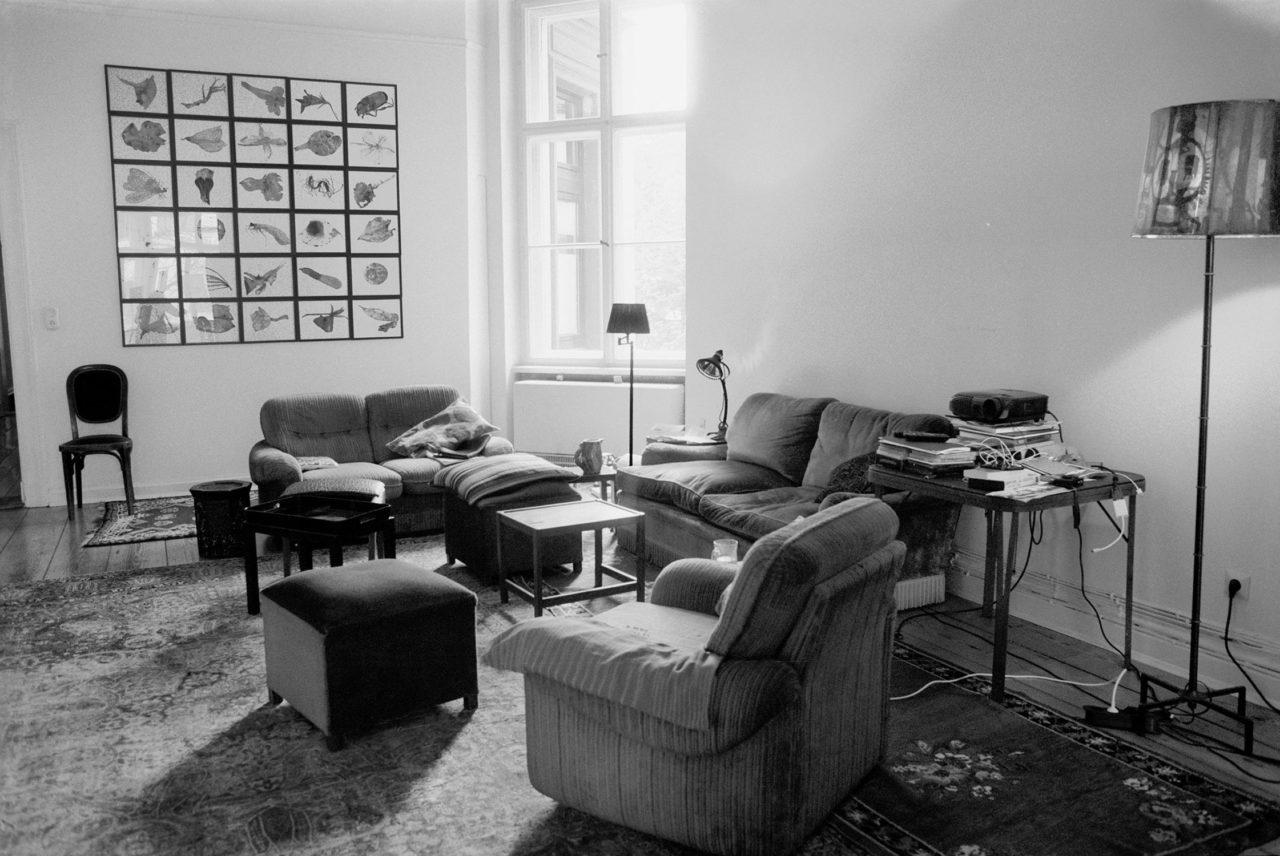 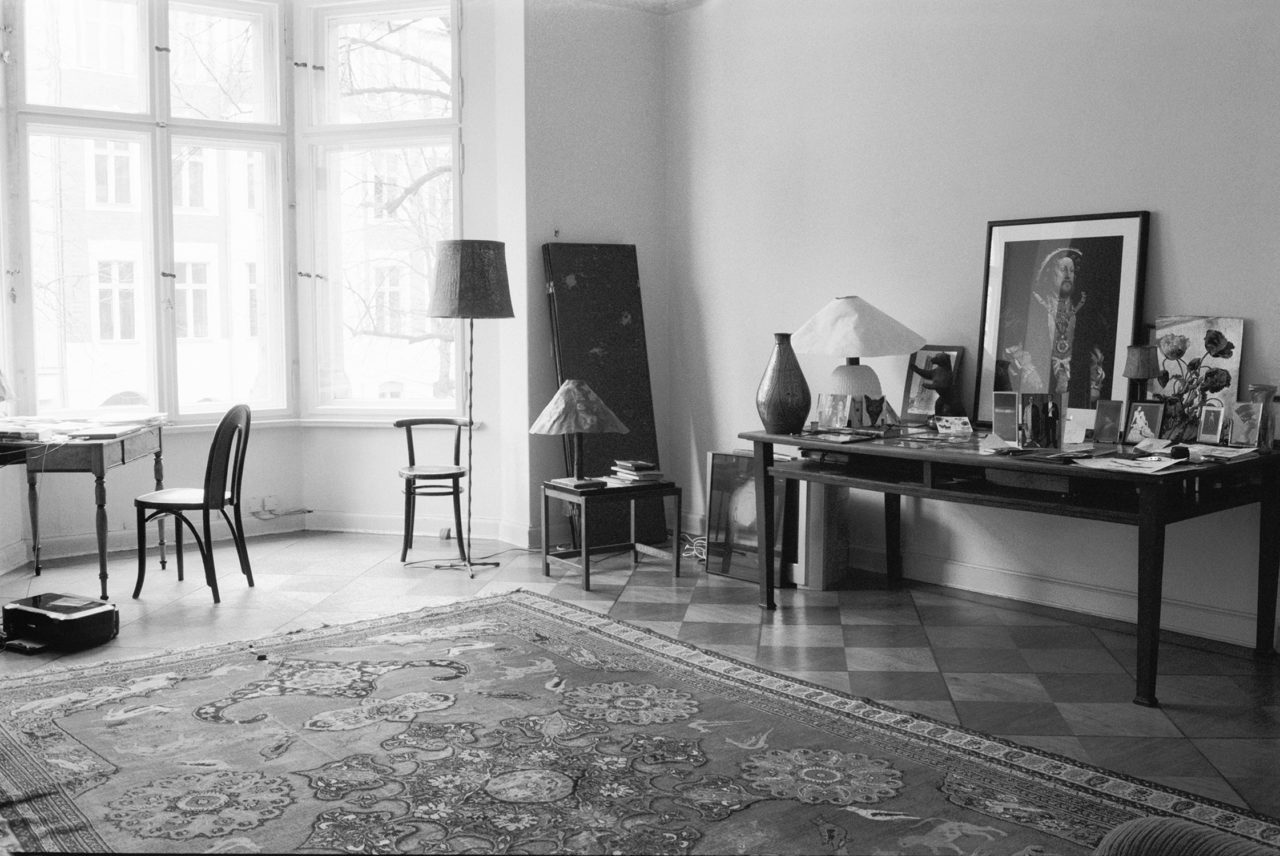 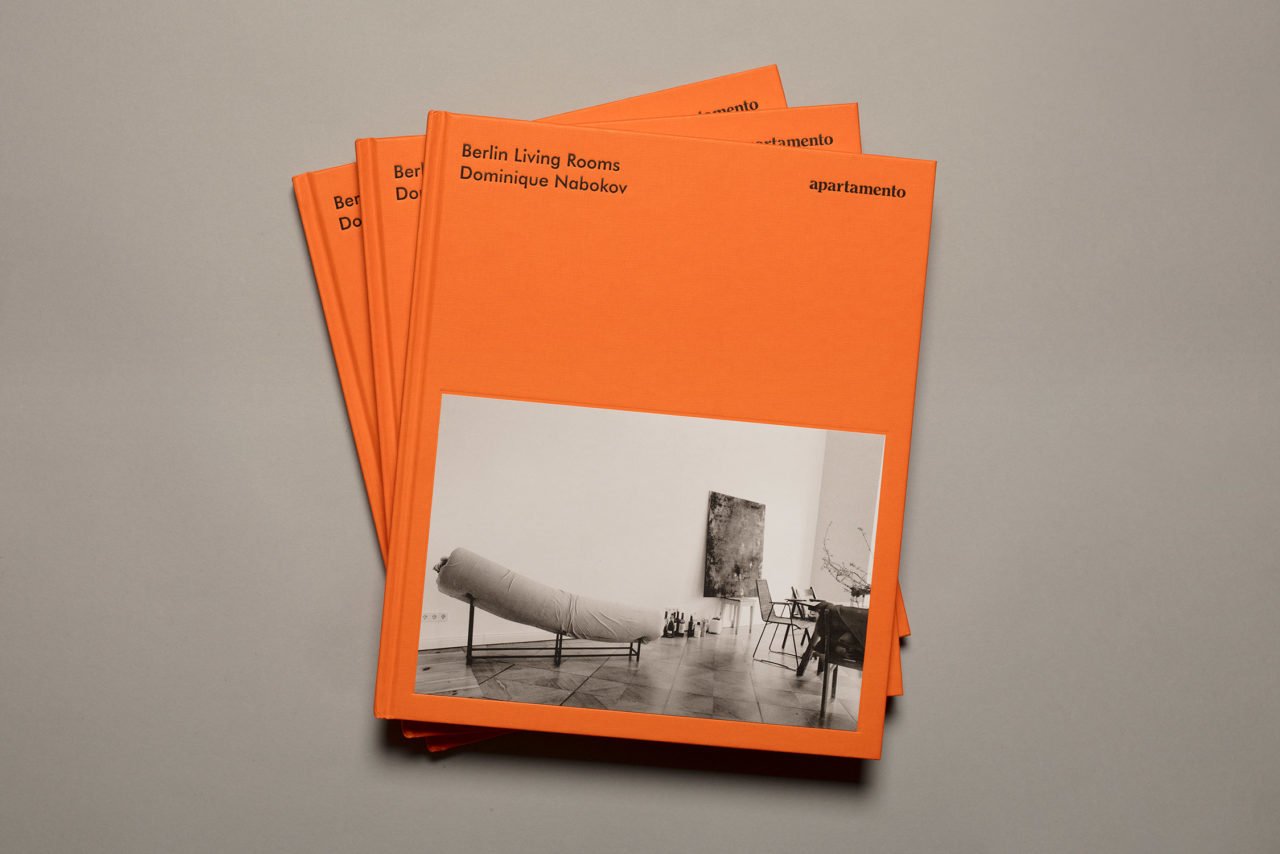 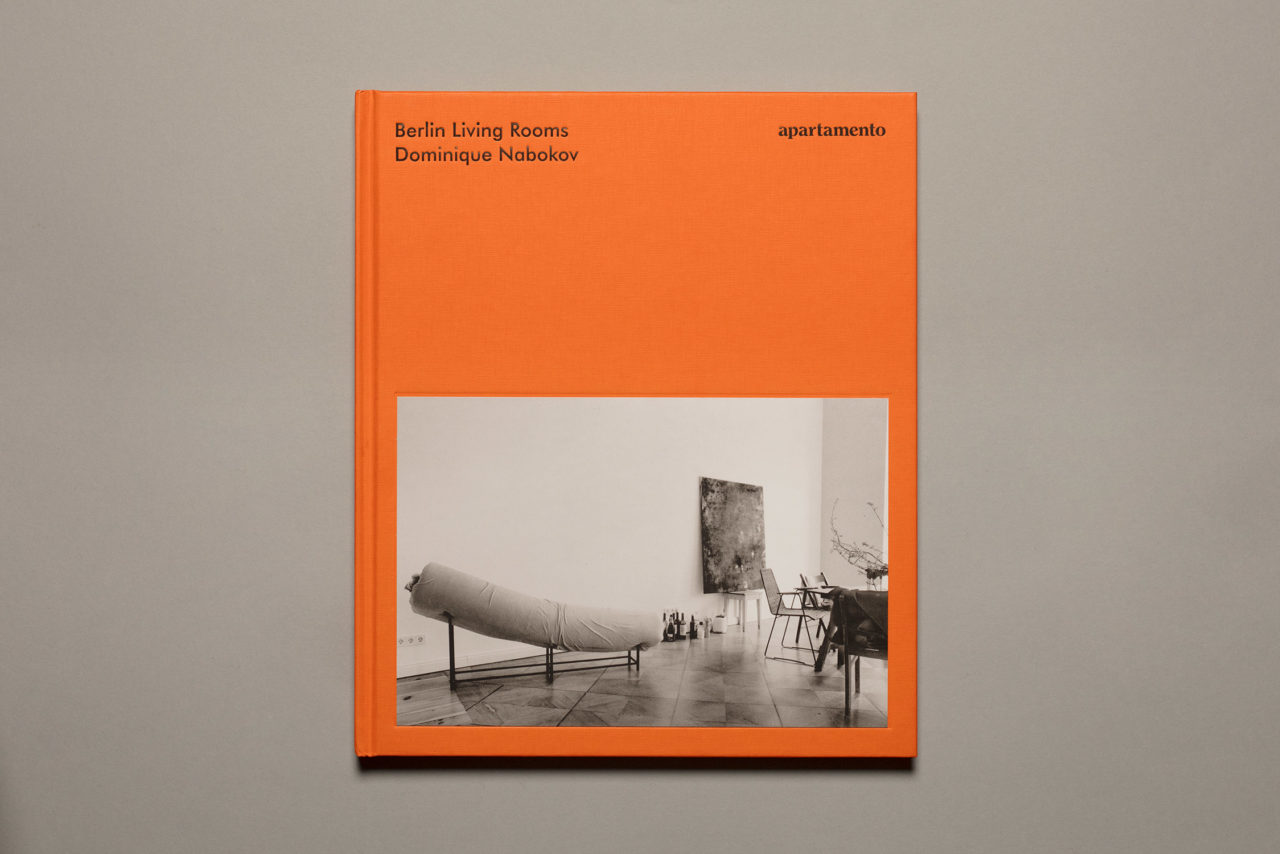 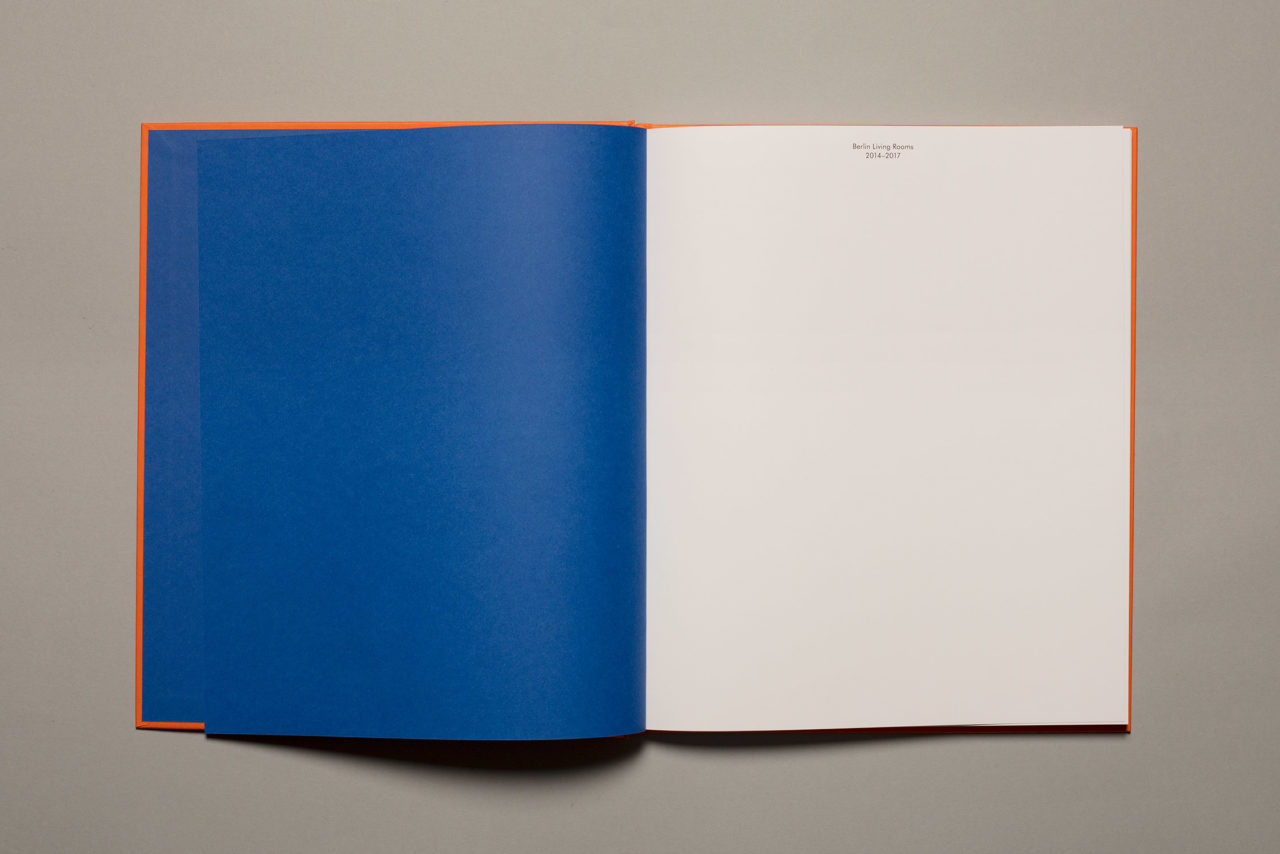 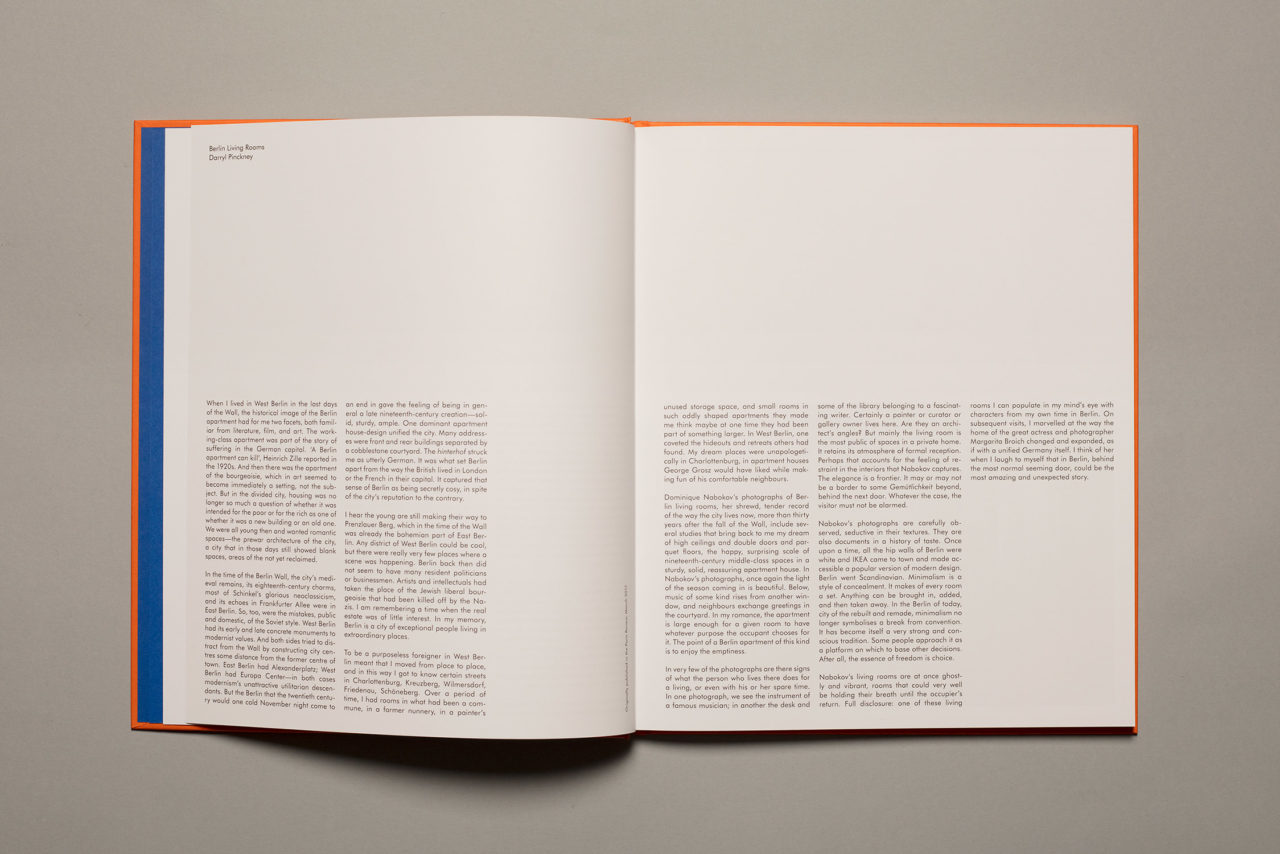 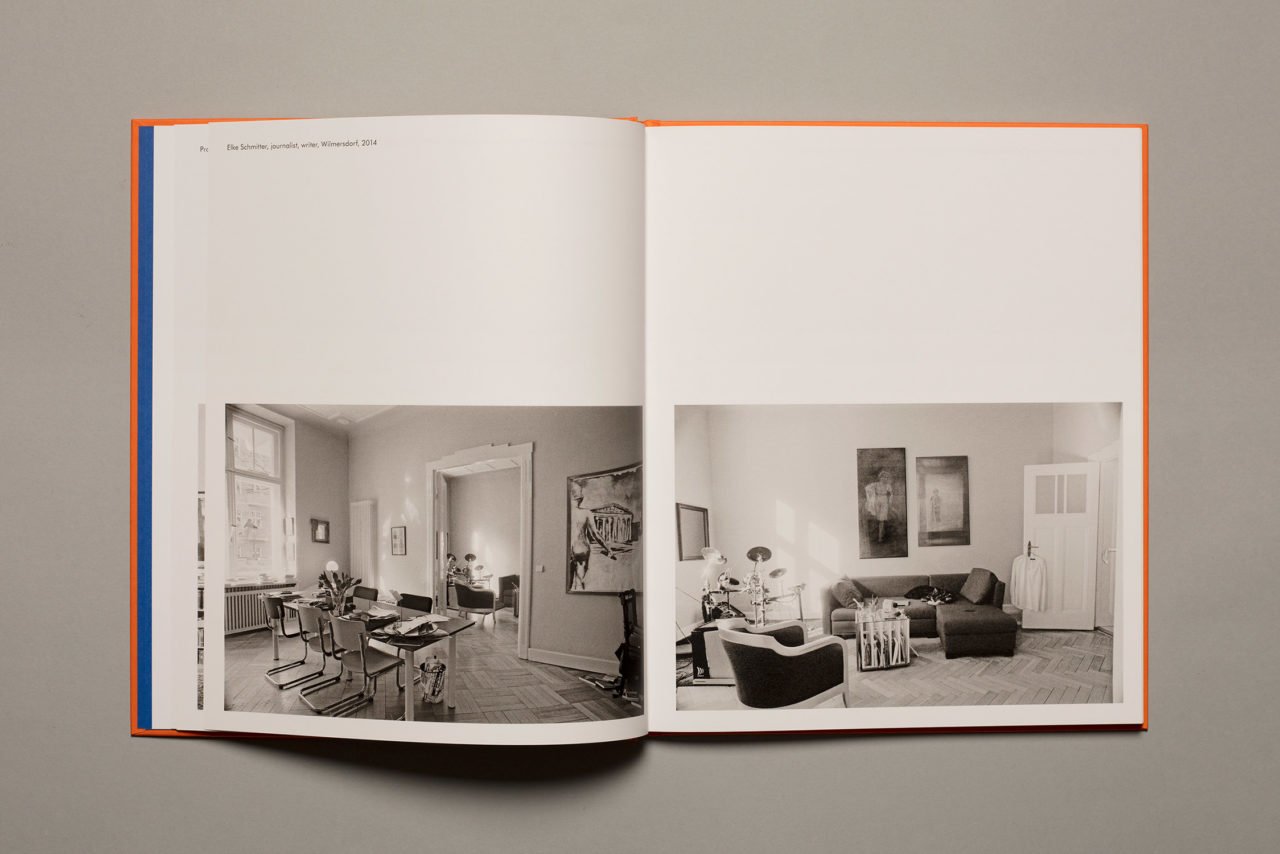 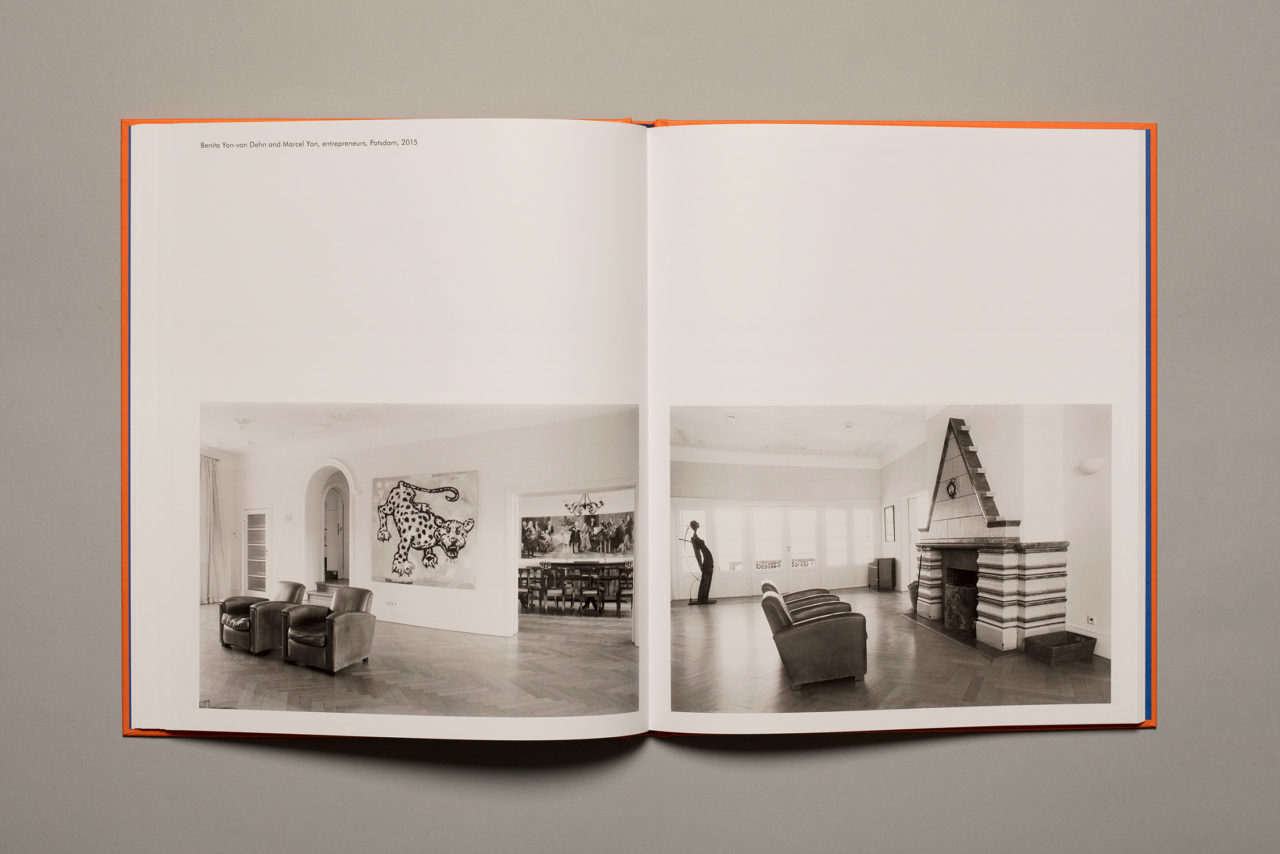 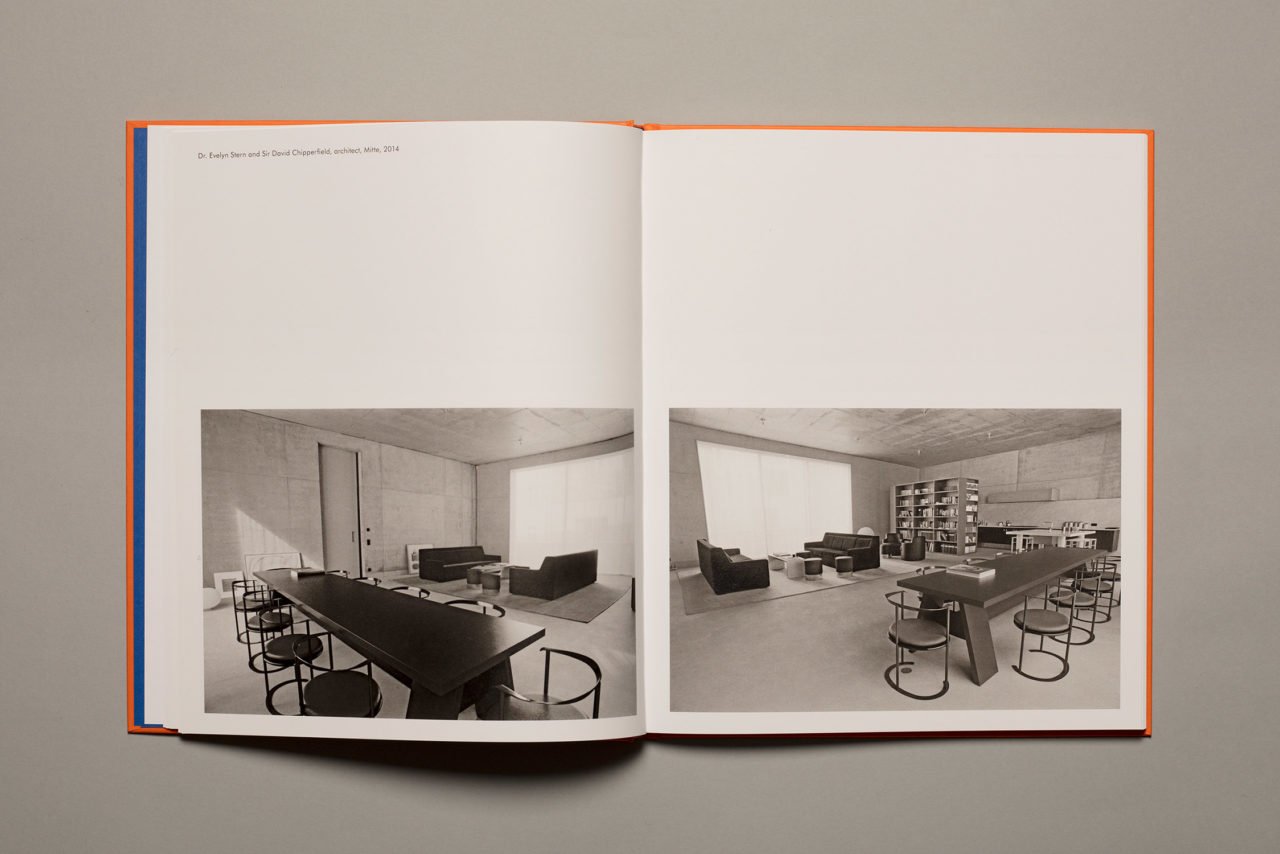