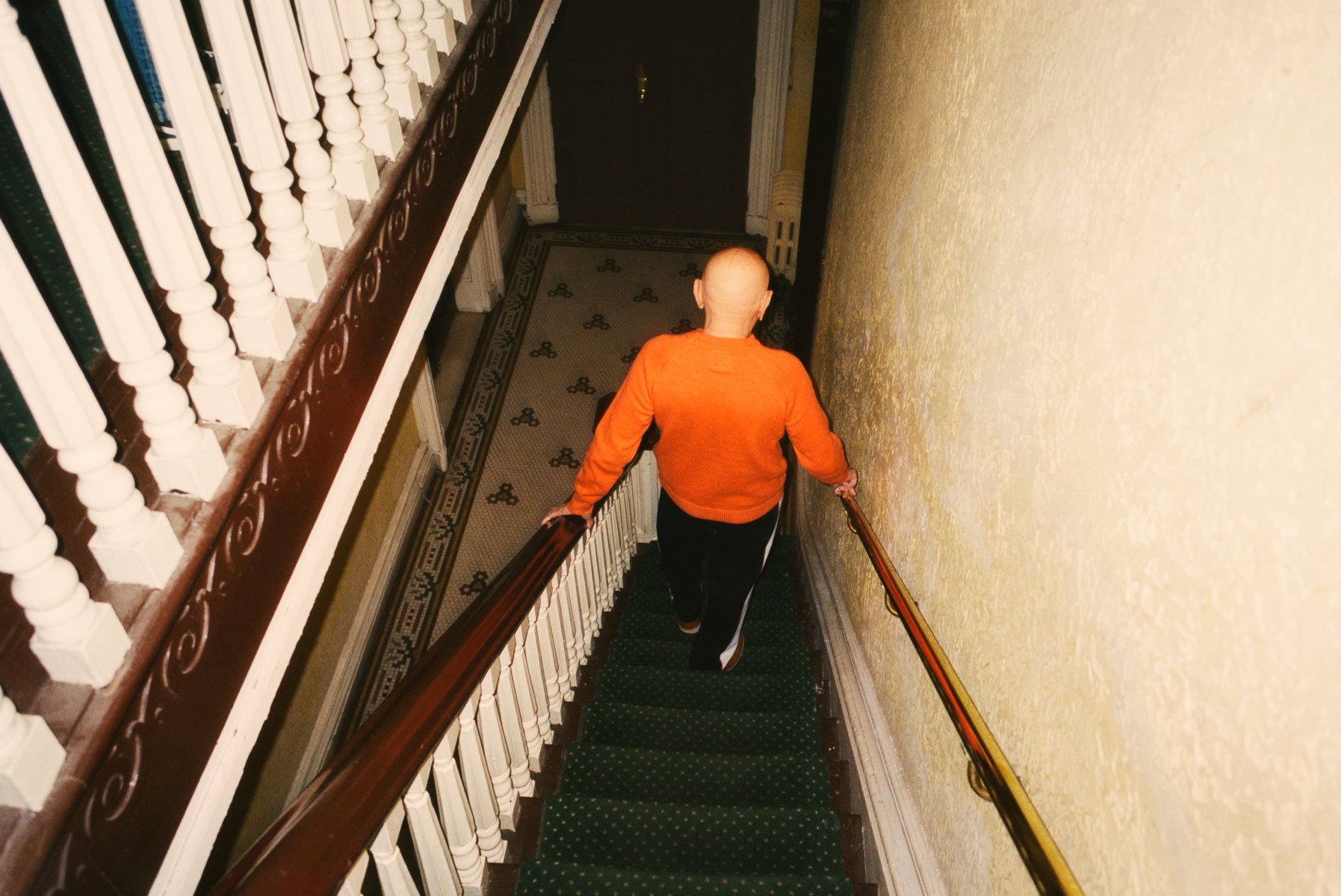 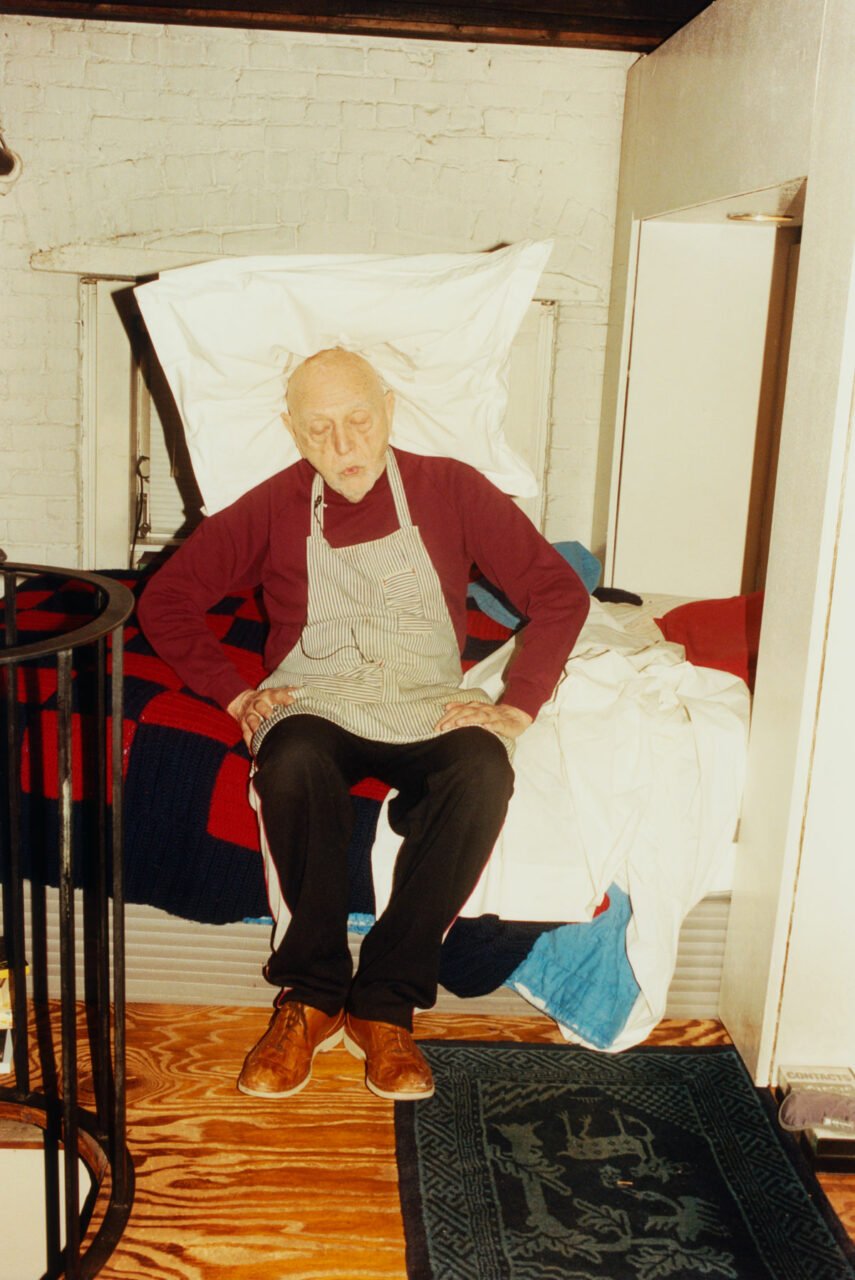 The American photographer Duane Michals is featured in issue #29 of Apartamento magazine, out now! Click here to get your copy.

New York: Duane Michals loves pie, especially apple. There were at least three on the counter and one in the refrigerator when I came by to visit. His cramped kitchen also serves as a de facto greenhouse for dozens of orchids that soak up the light from the recessed window. In fact flowers, both fresh and dying, dot all the surfaces in the house, except in the front room, which has been taken over by his recent obsession: tall cubist-like sculptures that he designs and has fashioned in wood. Michals is well known as a genre-bending photographer who has navigated the art and commercial worlds for a long time, but in the last number of years he has embraced other artistic mediums. His short films, often composed of dense superimpositions, explore themes of longing, magic, and memory, with the sculptures acting as another outlet for his vivid imagination. Born in McKeesport, Pennsylvania, in 1932, Michals learnt early on that a photograph could lie. He talks about the unloving relationship between his parents and how the smiles in a snapshot can’t negate the feelings he knew to be true. Perhaps this mistrust of the photograph set him on his course to think about the elements and the emotions that can’t be captured on film, just inferred. Michals’ way of storytelling is not descriptive or realistic; instead, more questions are raised than answered. While using techniques like double exposure in the camera, sequencing a series of shots, and handwriting directly on the print, he proposes a photography of narrative possibilities. The notion that photography could question its alleged purpose of telling the truth and documenting the real rankled some in the profession, notably the street photographer Garry Winogrand, who at Michals’ first show, held at the Underground Gallery in New York in 1963, declared, ‘This isn’t photography’. Michals is proudly self-taught. He has a bachelor’s degree from the University of Denver and was enrolled at Parsons School of Design in the graphic arts but never completed the program. He discovered his gift as a photographer really by luck. Our conversation meandered to football—specifically to his favourite team, the Pittsburgh Steelers—and to his full appreciation of digital cameras. I couldn’t possibly fit it all below, but here’s a tip of the hat to Duane Michals, the enduring sorcerer of Gramercy Park. 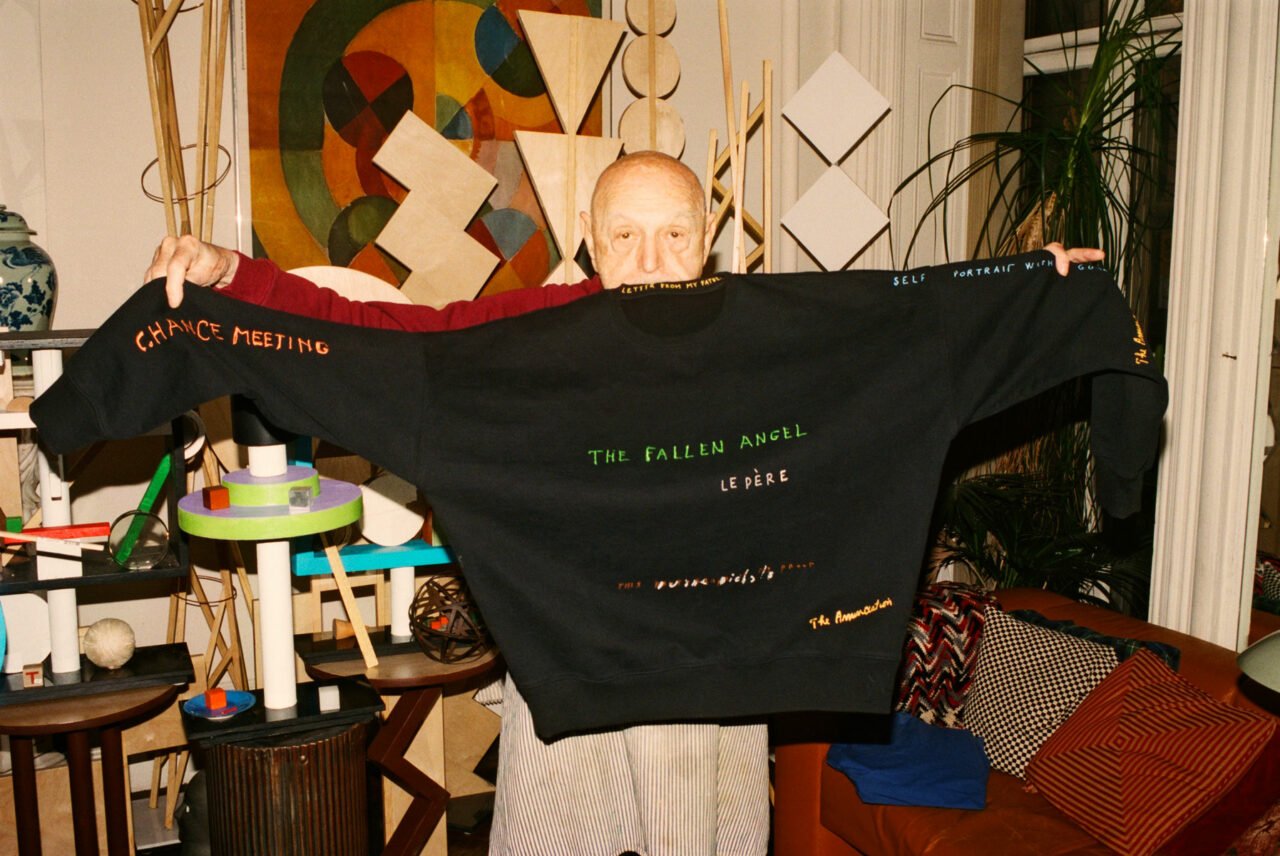