Boi is a young man beginning his job as a chauffeur. While he nervously awaits his girlfriend’s decision on a matter that could change their lives, he must accompany his first clients: Michael and Gordon, two businessmen of Asian origin who have come to Barcelona with the objective of closing a deal of vital importance in less than 48 hours.

BOI was born from REASONABLE BLOOD, Jorge M. Fontana’s short story originally published in Apartamento issue #14 (2014). Since then, Jorge has worked on converting his text into a feature-length film. Thanks to this close link with the magazine we’ve kindly been given the opportunity to hold an exclusive advance screening tonight in Barcelona. To celebrate this special occasion, we would like to share the original text with you.

The GPS tells me in its female voice that I’m only one kilometre away from my destination, and as I enter the tunnel the radio cuts out on the best single released in 1967.

The side lights come on automatically, and, now that I’m out of the rain, I think about turning off the windscreen wipers. It’s my first day as a chauffeur and I’m starting to get nervous.

Just an hour ago the company I work for entrusted me with a car that exudes luxury from every pore, and a lilac-coloured, Indian silk tie. I’ve also received precise instructions about how to set out the bottles of water, the wet wipes, and a few maps and pamphlets. I’m going to spend the next three days sitting here in the service of two men of Chinese origin, who I’m on my way to pick up right now.

I give up on the idea of turning off the windscreen wipers and remember that, under strict orders from my boss, I have to switch to a classical music station as soon as my clients get on board. They’re here on business, and I suppose hearing that kind of music will make them feel secure.

Twenty-two minutes have passed since I pressed a button by chance and the driver’s seat and I are getting intimate with each other with a level-three massage. Despite the massage, I’m still not really feeling at home; a feeling which, for me, is vital to reach as soon as possible—the very same feeling a flea must have in the circus. It comforts me to think that some human participation will help to build a provisional home. Just in case, I’ve got a book stowed away in the glove compartment, La Tigresa del Altiplano by Antoine Velcro, and behind the sun visor, a photo of a woman with her back to the camera.

I try not to exceed the regulation 80 km/h and not to infringe any laws. But, little by little, perhaps as an escape valve for the pressure I’m feeling, I let myself be carried away by the blinking of lights in the tunnel and by the enchanting effect of the windscreen wipers. These two forces induce in me a state of inebriation and hypnosis similar to what you’d get from a dry martini mixed by Luis Buñuel.

Ladies and gentlemen, a daydream of how the next 72 hours of my life will unfold has just got going and there are three empty seats. Make yourselves comfortable and don’t forget to put on your seat belts.

I leave the tunnel and the rain is falling even heavier. In the distance I can make out my clients. The tallest one looks like he’s checking the latest app on his mobile phone, and the other, arms akimbo, seems to be sculpting clouds with his gaze. One’s older than the other. One has more vices than the other. One is more nervous about closing a deal with a European multinational than the other. They need each other. 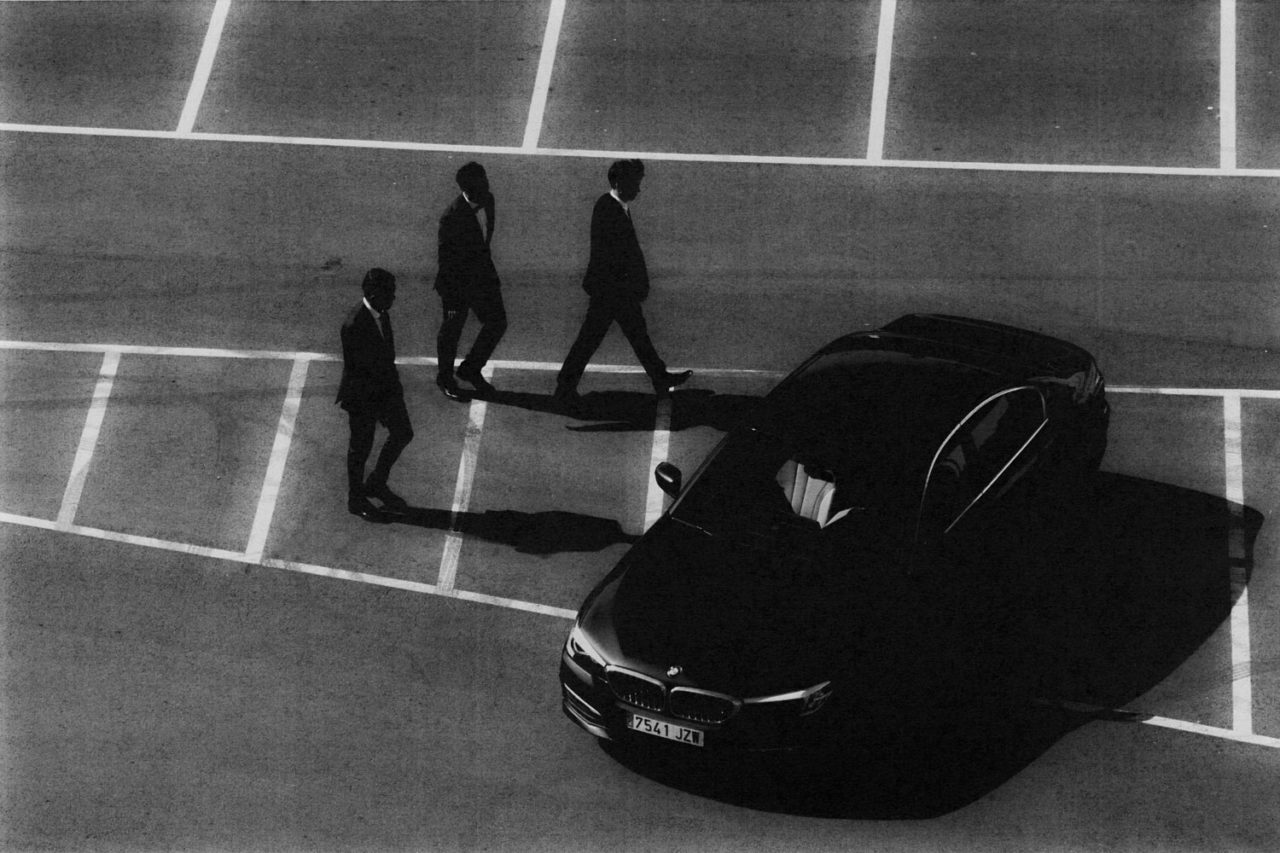 Michael and Gordon. That’s what they call themselves whenever they’re away from home. It’s the first time that Michael has trod this continent, and he’s got too many hopes invested in it. His first disappointment isn’t long in coming. ‘I thought it never rained in Barcelona!’ We exchange an ambiguous glance in the rear-view mirror, I check to make sure I’m well groomed and I get to thinking about the cliché that Barcelona is a city that sees itself as a never-ending ‘Speedo on the rocks’.

Their English accents are as mysterious as the whites of their eyes. ‘Whats?’ to port and ‘whats?’ to starboard. They love asking questions that will include a number in the answer, like: ‘How many people live here?’, ‘In what year was Gaudí born?’, ‘How much pollution is there?’ I improvise a few answers and whenever the figure satisfies them they sing out, ‘Nice!’ in unison, hanging onto the letter i like a tightrope walker.

Whenever I drop them off or pick them up from the hotel they’re staying at they ask me what might’ve inspired the architect who designed it. After a brief, again improvised exchange, we come to the conclusion that the architect was building a tribute to a woman’s legs. Michael, who likes to have the last word, puts the gloss on the theory by suggesting that they are probably the architect’s own mother’s legs. Why? I don’t know. But the bellboy, who’s been eavesdropping, ends his exaggerated appearance on stage by tripping over. 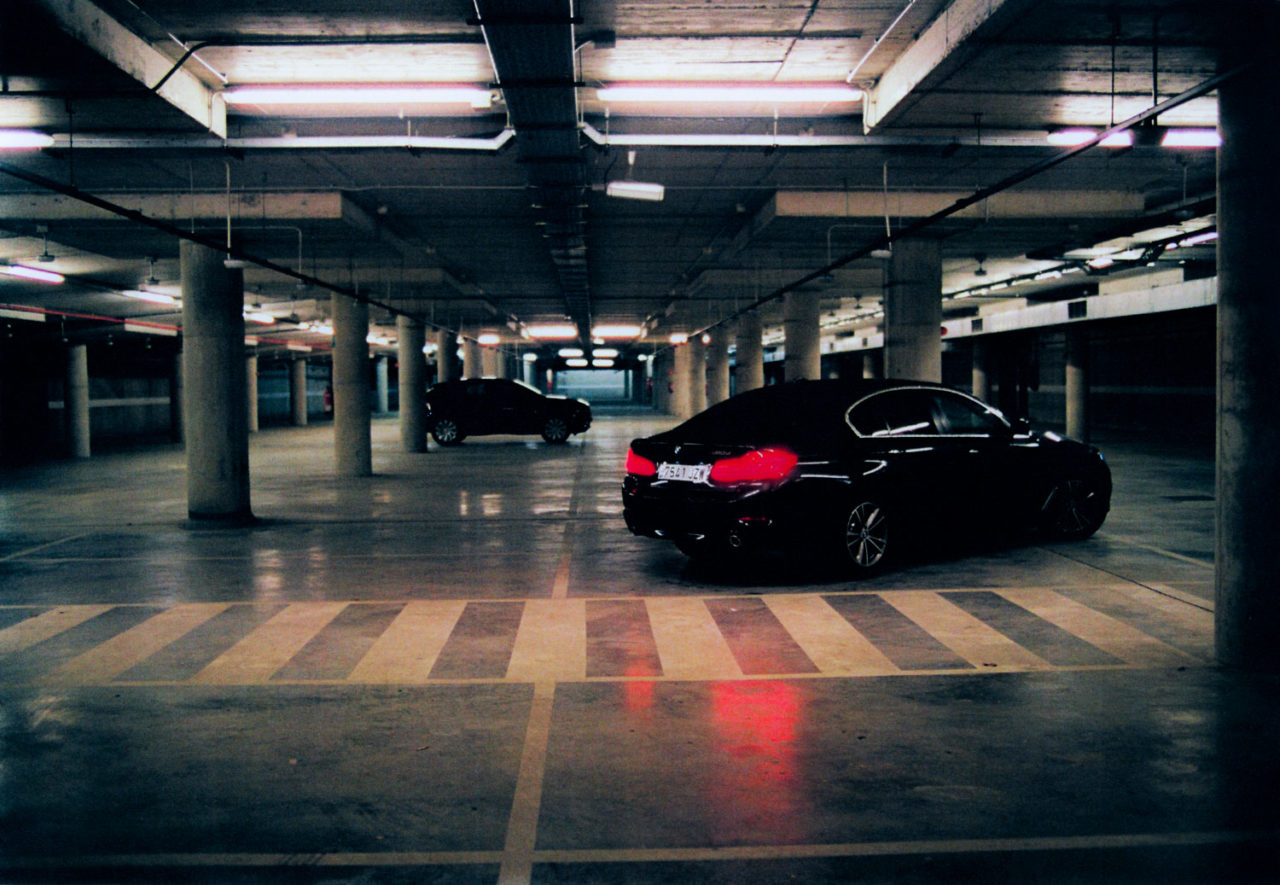 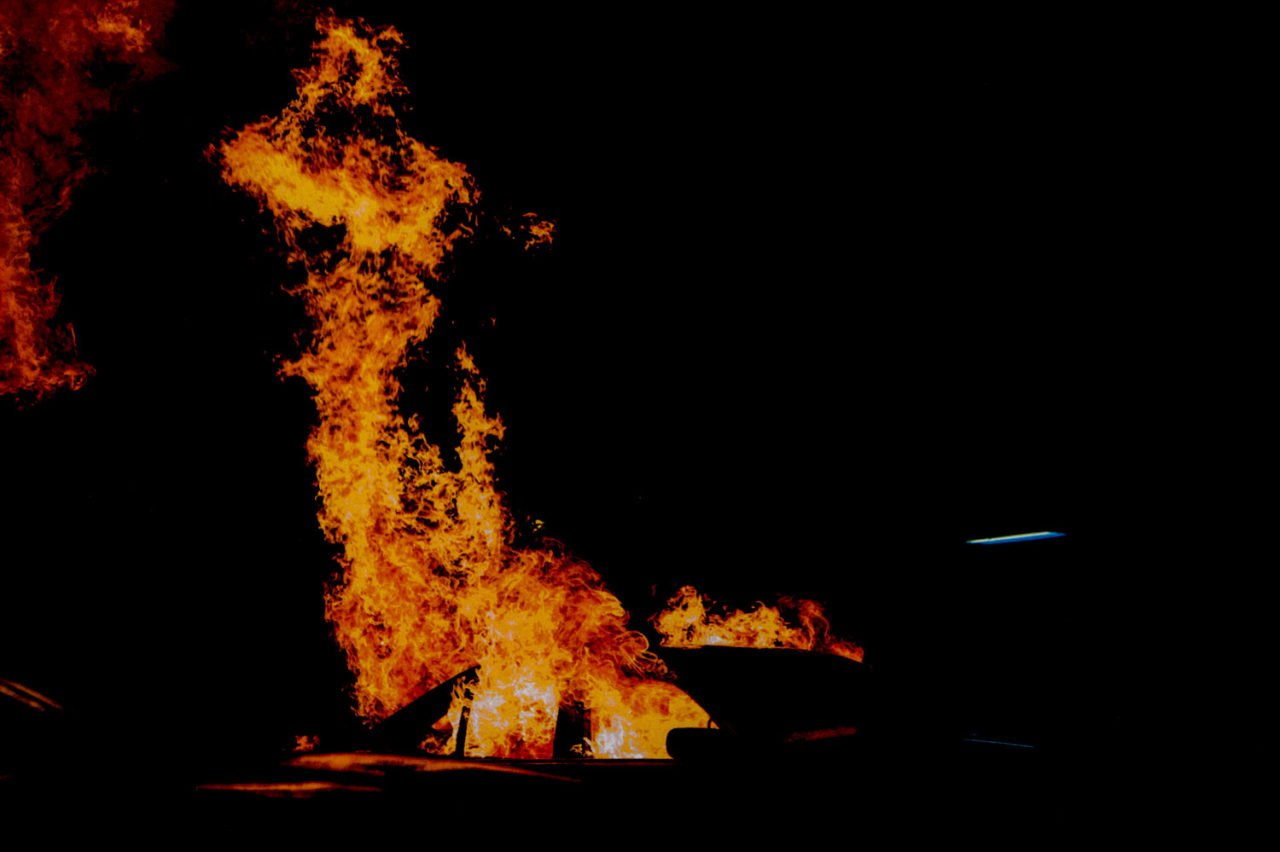 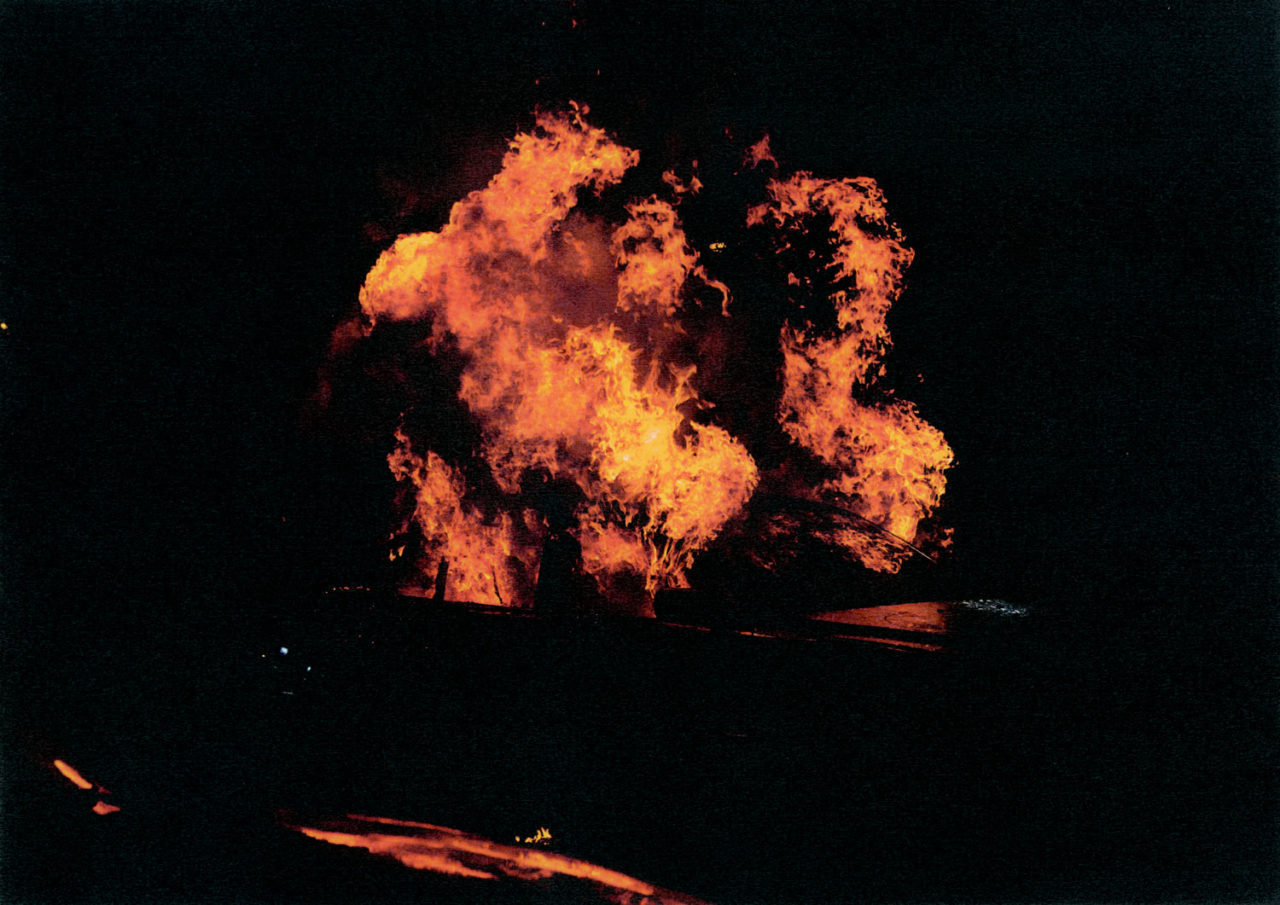 The dialectical complexity, on top of the pressure they add to every word, drives me to a temporary state of nervousness, which I release with sentences of this calibre: ‘Listen, Michael. Just calm down, will you? You’re in Barcelona. The people here like listening to Enya records while they take their dogs for a walk, alright?’

I learn without having to ask that the rule in this job is interruption. Attempts at eating, reading, sleeping, looking at the photograph… Except for the sunrises and the sunsets, which I contemplate from my car, completely alone and in silence, from beginning to end.

I take the same tunnel again, this time in the opposite direction, and I meet up with a friend from work. He’s the one who tells me that the bottles of water that the company gave us contain fluorine. This is, according to his conspiracy, because they want to finish us off by making us all sterile. I think about this while I’m driving and nearly cause an accident. ‘If there’s any damage to the car, I’ll knock it off your wages’, my boss told me.

Michael and Gordon’s plans are running smoothly and they ask me to accompany them to the city’s cathedral. I tell them when it was built, to which style it belongs, and a few other details. I take a step backwards when they start to point their camera lenses at adolescent couples kissing, or famous fast food outlets. 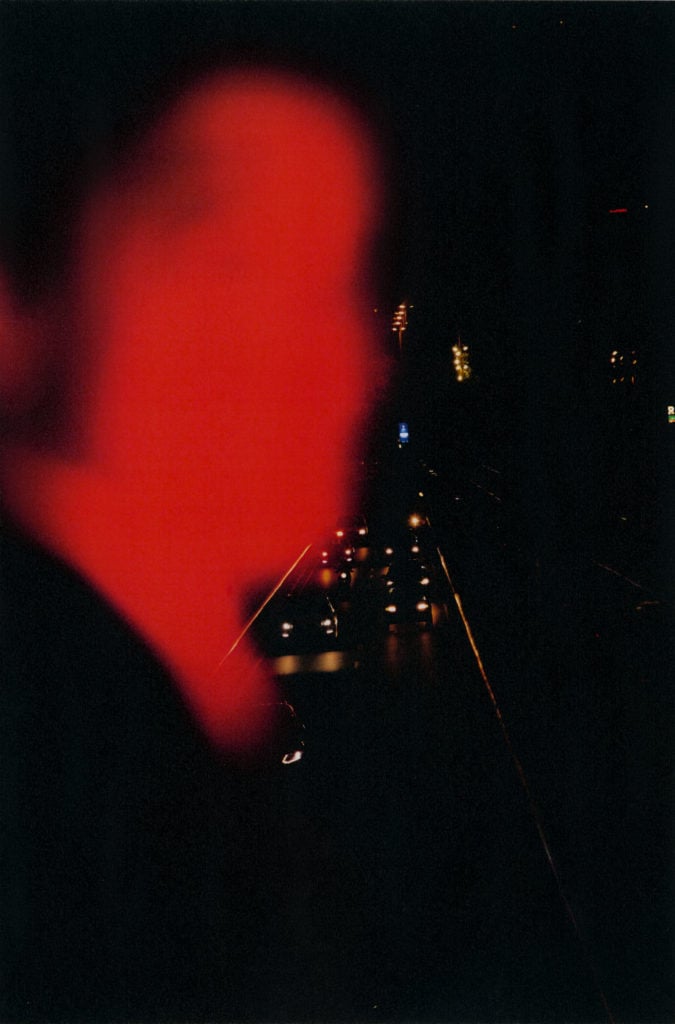 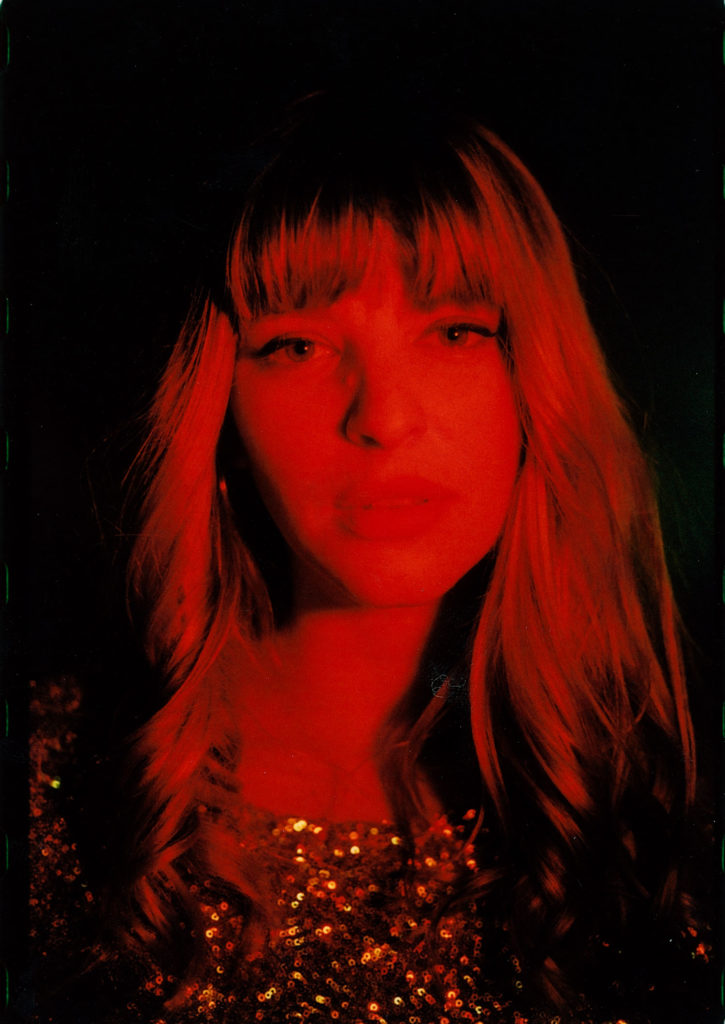 Sometimes I think I’ve gained a relative amount of respect and trust with them. Gordon confesses to me that if they don’t close the deal with their client, they’ll be sacked. And Michael reveals that he married without being in love, and that his daughter was a mistake. After saying this they bump into a work colleague of theirs, and I inevitably hear the following conversation:

‘What do you call your chauffeur?’

Michael is fascinated by European fashion. I take him shopping and he rapidly finds everything he needs to be competitive. He wears his new leather jacket with the price tag showing so he can get his tax back at the airport. In contrast, I take Gordon to a pharmacy to find a remedy for his red dysentery. The chemist recommends that he go to a hospital. But Gordon, between worried and busy, opposes the idea, saying that the level of blood in his stool is reasonable.

I take the two men to La Orquídea, the restaurant where I’ve made a reservation for them, along with the manager they’ve been dealing with these past few days. There, they manage to close the deal successfully, and they treat me to a round of celebratory karaoke. They flirt with all the waitresses at the place and, while I’m in the gents, I can hear Michael dedicate and then sing a version of an Andy Williams song, while at the same time I read a sentence written in red felt-tip pen and good handwriting on the toilet lid, which says: ‘They decapitated my grandmother’s faith with a coffee spoon’.

I say goodbye to Gordon with a handshake and to Michael with a hug. In both cases, I have the feeling I’ll never see them again. Not in this lifetime, at least. And just when they’re giving me a big tip for services rendered…

The GPS tells me in its female voice that I’m only 200 metres away from my destination. I’m getting to the end of the tunnel and I notice that it’s stopped raining; there’s bright sunshine and the windscreen wipers are still going, while the best single of 1967 comes back to life with the words: ‘She’s giving me excitations… Good, good, good, good vibrations…’ 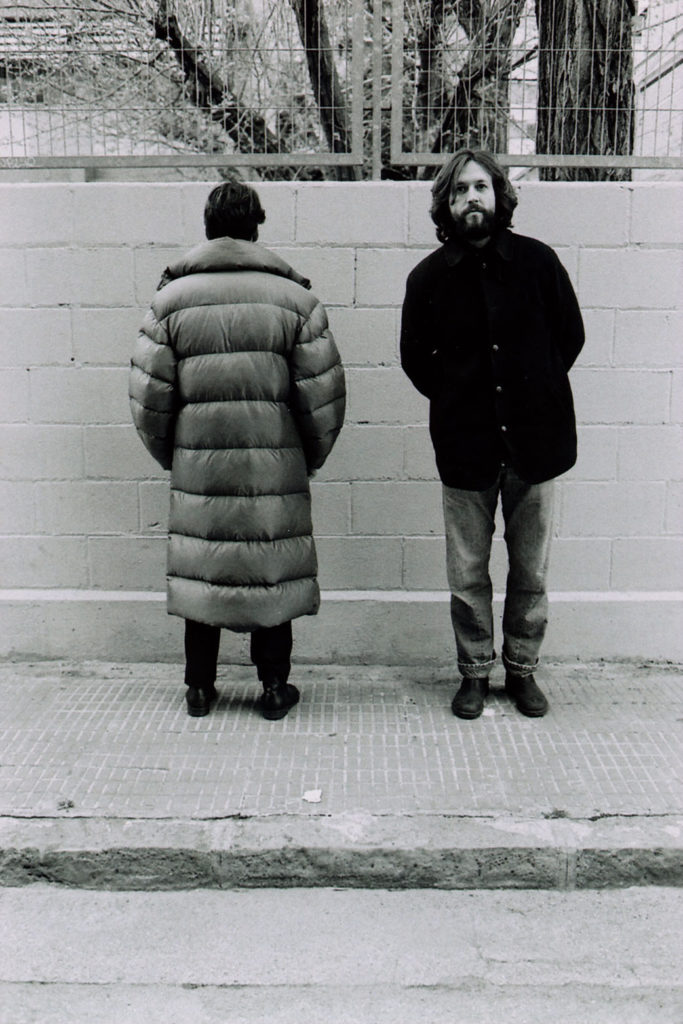 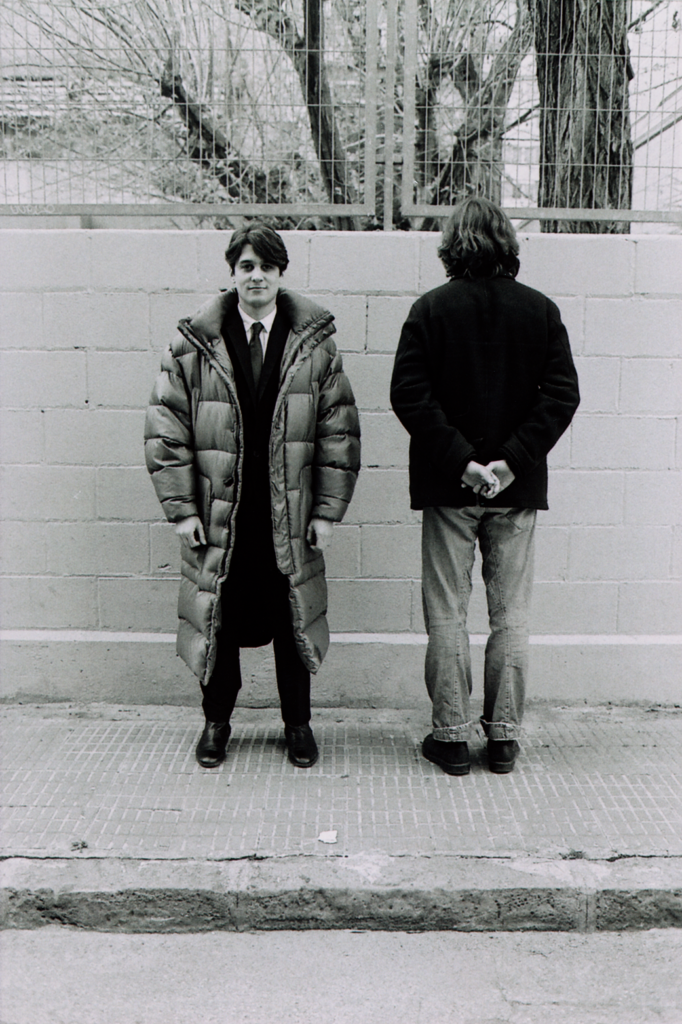 Bernat Quintana (Boi) together with the film's director, Jorge M. Fontana.
09/09
The product is being added to cart!