Apartamento is excited to re-release Paris Living Rooms almost two decades after it was first published in 2002. The second instalment in Dominique Nabokov’s holy trinity of interior photography works, it also follows the re-release of New York Living Rooms earlier this year. Nabokov calls these images her interior ‘portraits’ and across 132 pages we’re offered an intimate study of Parisian society from the early 2000s, with the living spaces of Yves Saint Laurent, Nan Goldin, Gérard Depardieu, Carine Roitfeld, Yvon Lambert, and Andrée Putman, plus many others, featured throughout.

With nothing added and nothing altered, Nabokov simply records these spaces for her fellow voyeurs and leaves us to decipher the rest. Long out of print, this updated edition brings back to life an era of the city’s history, seen through Nabokov’s original Polaroid photos, together with the original introduction by the late interior designer Andrée Putman. The third and final instalment in the series, set in Berlin, will be re-issued by Apartamento later in 2021. 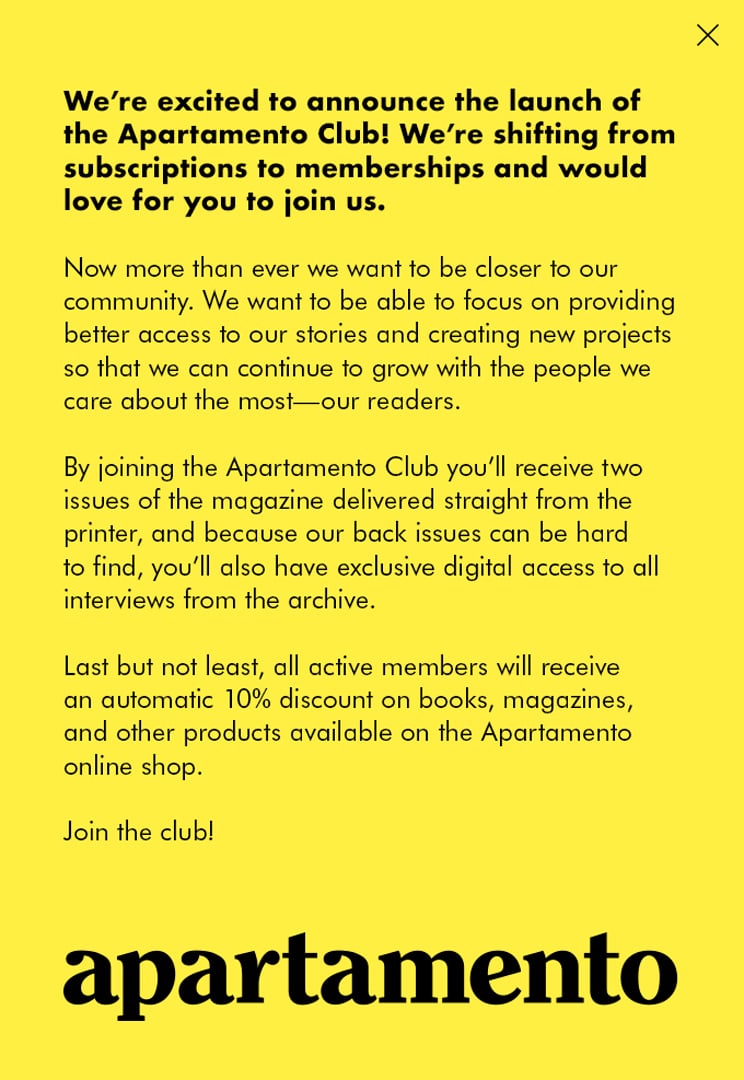